Following the killing on Monday of a Hezbollah operative and Hezbollah retaliation threats, the IDF decided to send reinforcement to the country’s northern borders. 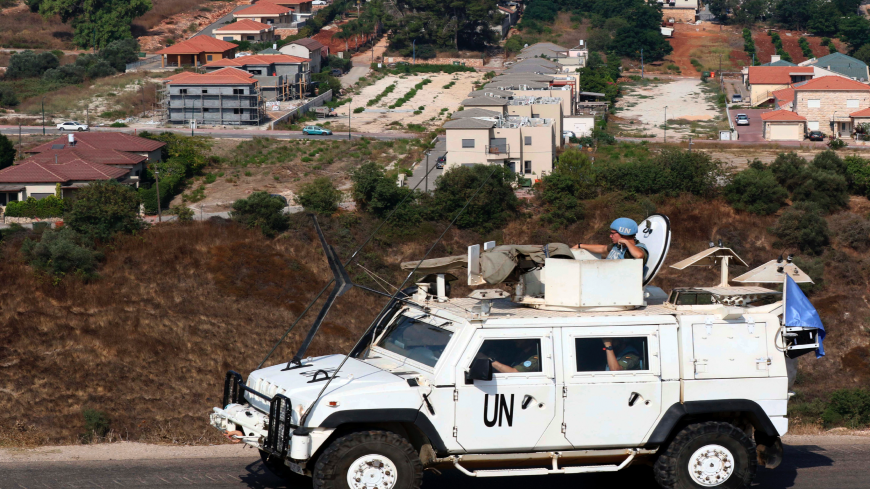 Soldiers of the United Nations Interim Forces in Lebanon (UNIFIL) patrol a road in the southern Lebanese village of Kfar Kila along the border with Israel overlooking the northern Israeli town of Metula on Aug. 29, 2019. - MAHMOUD ZAYYAT/AFP via Getty Images

Israel’s army announced this morning it was sending reinforcements to the northern border. An Israel Defense Forces (IDF) statement said that "in light of a situational assessment that was held in the IDF, it was decided to send a pinpoint reinforcement of infantry troops to the Northern Command." The IDF spokesperson also explained that the reinforcement consisted of one battalion — the Golani Brigade’s 13th Battalion — and a small number of additional troops. All of these soldiers have been sent in recent hours to the Northern Command’s Galilee Division, not far from Israel’s borders with Lebanon and Syria.

Tensions between Israel and Hezbollah escalated Monday night after airstrikes south of Damascus hit a Hezbollah operative. Israel did not take responsibility for the airstrikes, but Hezbollah was quick to accuse it of killing Ali Kamel Mohsen Jawad. More so, Hezbollah posted a video clip showing some of its militants threatening to retaliate with anti-aircraft missiles. On July 23, London-based Asharq al-Awsat reported that Lebanese sources confirmed Hezbollah had decided to retaliate against the alleged Israeli airstrike outside of Damascus.

Evidently, Israel is taking Hezbollah’s threats seriously. Last September, Hezbollah fired a barrage of anti-tank missiles into Israel after two of its fighters were killed in an alleged Israeli airstrike near Damascus. The anti-tank missiles triggered a reprisal of heavy Israeli artillery fire. The IDF is hoping to avoid such a violent cycle this time around but prepares its troops for such a possibility.

Israel is also preparing for the end of August, ahead of the renewal of the UNIFIL mandate in Lebanon. On July 10, The Foreign Ministry hosted a delegation of 12 ambassadors and representatives of the United Nations Security Council and countries contributing forces to UNIFIL, for a tour along the border. The guests also visited a Hezbollah attack tunnel that was exposed and destroyed about 18 months ago, in a bit to persuade the international community to prolong the mandate of the UN forces and even to enlarge their mission. Israel would like to see UNIFIL granted power and tools to effectively oppose Hezbollah's military entrenchment near the border.

Another issue worrying Israel’s security system is recurring attempts by Sudanese nationals to cross the border from Lebanon. On July 10, the Lebanese army said it arrested three Sudanese nationals after a failed border-crossing attempt into Israel. While these people are clearly looking for work in Israel on the backdrop of Lebanon’s economic crisis, the IDF fears that Hezbollah uses these attempts to learn more about Israeli security measures near the fence.