According to the latest reports, Israel has decided to up the level of alert on its borders with Lebanon and Syria; several roads near the borders will be closed for civilian vehicles as of this evening. 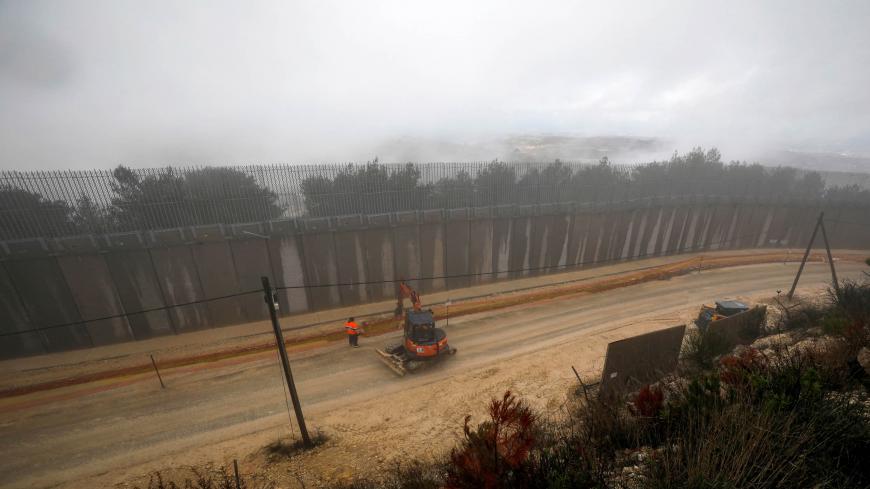 This picture taken near the northern Israeli kibbutz of Misgav Am shows a general view of the Israel-Lebanon border as Israeli army forces begin deployment of infrastructure for a ground "defensive system" along the fence, Jan. 19, 2020. - JALAA MAREY/AFP via Getty Images

The Israel Defense Forces (IDF) believe that Hezbollah intends to launch a terror attack against Israel soon. According to Israeli media reports this afternoon, IDF Chief of Staff Aviv Kochavi held over the past 24 hours several consultations, which resulted in the decision to close transportation axes near the borders with Lebanon and Syria as of 8 p.m. local time tonight, enabling only the passage of military vehicles. Access to some agricultural areas near the border will also be restricted. Commander of the IDF's Northern Command Amir Baram met today with heads of regional councils in the north to brief them on the situation. Baram told the heads of councils that the army is doing its outmost to preserve normal life routine despite of the recent escalation. IDF sources warned that Israel would consider the Lebanese government responsible for any attack that would be carried out in the Galilee region.

Kuwaiti news site Al Jarida reported this morning that Israel had sent a message to Hezbollah seeking to deescalate tensions that have risen between the sides in recent days. According to the report, the deescalation message was conveyed through Moscow, which sometimes acts as an intermediary between Israel and the group. The newspaper said that Israel was taking seriously Hezbollah’s threat of retaliation over the killing of one of its operatives on the evening July 20. Still, Al Jarida stressed that a possible "calculated" response was still on the table.

Hezbollah operative Ali Kamel Mohsen Jawad — along with two other Hezbollah militants — was killed in an airstrike near Damascus. Israel did not take responsibility for the operation, but Hezbollah blames the IDF for the killing. Lebanese daily Al-Akhbar said after the killing that Hezbollah had "raised its level of alert to monitor the activities of the [IDF] along the border between the two countries." The newspaper also related warnings by Hezbollah Secretary-General Hassan Nasrallah that Israel should be wary of an attack. London-based Asharq Al-Awsat quoted sources familiar with Hezbollah’s views, as saying that the group was abiding by that same “equation that Nasrallah set last year” of retaliating when one of its fighters is killed in Syria.

Indeed, the IDF decided to increase its presence along the borders in the north on July 23, sending the Golani Brigade’s 13th Battalion and a small number of additional troops to the Northern Command’s Galilee Division. Prime Minister Benjamin Netanyahu was quoted on Israel’s public broadcasting corporation Kan as saying that Israel keeps operating to curb the Iranian threat from Syria, and that the army remains ready for every possible scenario. Kan’s Arab Affairs correspondent Roi Kais wrote today that Hezbollah now feels obliged to retaliate the death of its operative, but that the group is not really interested in launching a new attack against Israel. And so, some limited escalation could be expected in the coming days.

The IDF reported earlier today about explosions that were heard along the border with Syria. Shrapnel had apparently damaged a vehicle and a building in the Druze town of Majdal Shams in the northern Golan Heights, but no one was injured. The military said the blast occurred on the Syrian side of the border, adding it was looking into the nature of the incident.

According to Syrian reports, blasts were heard today in the village of Khader — located across the Golan Heights border — apparently caused by army activity. Pro-Hezbollah Al-Mayadeen reported on Syrian anti-aircraft fire targeting an Israeli drone that had allegedly crossed the border into the country. The drone then returned to Israel, said Al-Mayadeen.