The surge in coronavirus cases come as confidence in Benjamin Netanyahu's government is declining. 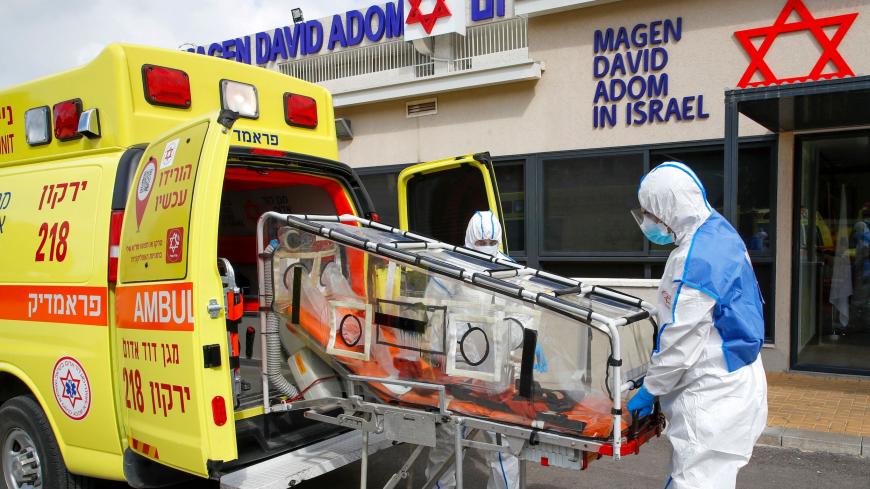 Israeli paramedics at the coronavirus national operations center unload a containment chamber during a coronavirus response training exercise in the central Israeli city of Kiryat Ono on Feb. 26, 2020.

The number of COVID-19 cases Israel has registered since its initial outbreak topped 100,000 on Friday, the Health Ministry said, as the government weighs reimposing restrictions to curb the spread of the virus.

Israel reported 1,496 new cases on Friday, bringing the total number to 100,716 confirmed infections and 809 deaths. The new numbers reveal that more than 1% of the country’s population of 8.85 million people have at some point been infected with the virus, noted The Jerusalem Post.

Israel won praise for its initial swift response that managed to dramatically flatten the country’s infection curve. But in May, the government eased its nationwide lockdown in a move experts now say was premature.

A surge of weddings and other public gatherings led to a huge spike in cases. Now, some 1,378 people per day test positive for the virus in Israel, the country’s Coronavirus National Information and Knowledge Center said Friday.

Amid the rise in cases, Israel’s coronavirus czar Ronni Gamzu is reportedly finalizing a proposal for another lockdown. Haaretz reports the plan, dubbed “tight restraint,” could involve shutting down restaurants, synagogues and public transit.

Meanwhile, confidence in Prime Minister Benjamin Netnayahu’s ability to pull Israel out of the economic and health crisis is declining. According to an Aug. 5 poll from the Israel Democracy Institute, just 25% of Israelis approve of his handling of the pandemic, per Reuters.

As faith in the government declines, ongoing demonstrations outside Netanyahu’s residence in Jerusalem have continued. Protesters have marched for months demanding Israel’s longest-serving prime minister resign over corruption allegations and his handling of the pandemic.