The International Atomic Energy Agency and Iran said in a joint statement that inspectors will have access to two suspected former nuclear sites. 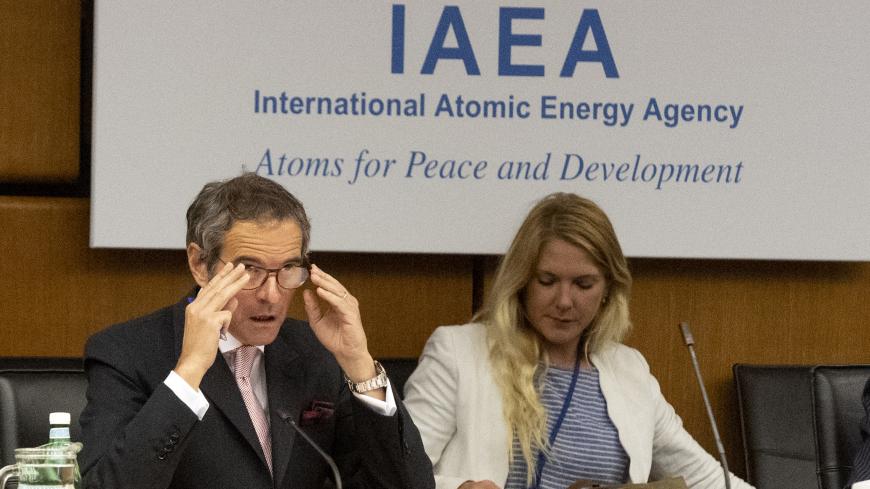 Rafael Grossi (L), director general of the International Atomic Energy Agency, opens a virtual meeting of the Board of Governors of the agency at its headquarters in Vienna, Austria, on June 15, 2020. - JOE KLAMAR/AFP via Getty Images

Iran has agreed to grant inspectors from the United Nations' atomic watchdog access to two suspected nuclear sites, Tehran announced today, as Washington presses on with its bid to restore international sanctions.

In a joint statement, the International Atomic Energy Agency (IAEA) and Iran said today that they had reached an agreement on dates for access and verification activities “after intensive bilateral consultations.”

UN inspectors had demanded access to one site near the capital, Tehran, and another near the central Iranian city of Isfahan, where the IAEA suspects Iran has stored or conducted nuclear activity without declaring so to the agency.

“Both sides recognize the independence, impartiality and professionalism of the IAEA continue to be essential in the fulfillment of its verification activities,” the statement from Grossi and Salehi said today.

The IAEA is tasked with monitoring Iran's compliance with the 2015 nuclear deal agreed to by Tehran and six world powers that aimed to rein in Iran’s nuclear activity in return for economic incentives.

The Western parties to the deal have accused Iran of enriching uranium beyond what is allowed under the agreement. In June, the IAEA’s Board of Governors — led by US allies France, Germany and the United Kingdom — passed a rare resolution condemning Iran’s stonewalling of the UN probe.

The IAEA breakthrough comes amid escalating tensions between Tehran and Washington. Last week, US Secretary of State Mike Pompeo initiated a process to try to reimpose international sanctions on Iran by issuing a formal complaint to the UN Security Council.

The Donald Trump administration accuses Iran of failing to comply with the same nuclear deal the United States withdrew from in 2018. On Tuesday, the council’s president rejected American efforts to reimpose sanctions on Iran.

The standoff at the United Nations comes as the European Union prepares to host a meeting of the nuclear agreement’s other signatories in Vienna on Sept. 1.