Allegations of deep-rooted corruption raised by a top hard-line politician against some of Iran’s most powerful institutions have sparked intense infighting and are further blurring the political stage ahead of the next presidential race. 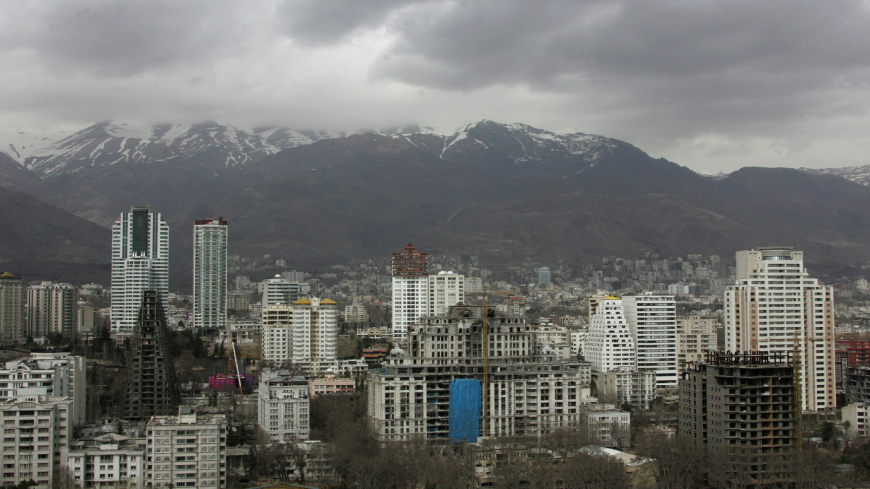 A general view shows Tehran's wealthy northern neighborhood as seen from the rooftop of a multi-story building on March 12, 2008. - BEHROUZ MEHRI/AFP via Getty Images

Nearly 10 days after he raised a series of rare corruption allegations, Iranian hard-line politician Parviz Fattah continues to face fury from across the political spectrum. Fattah is the director of the Foundation of the Oppressed, commonly known in Iran as Bonyad, one of the country’s wealthiest public institutions controlled by Supreme Leader Ayatollah Ali Khamenei.

The organization was founded only two weeks after the 1979 Islamic Revolution with a stated mission to eradicate poverty after it confiscated whopping amounts of land, property and fortunes left behind by the entourage of the ousted ruler of Iran, Shah Mohammad Reza Pahlavi, and his loyalists who had to flee the country in fear of execution by revolutionary courts.

Over the past four decades, Bonyad has grown into a financial empire in control of hundreds of enterprises involved in a multitude of economic sectors, from investment and banking to construction, energy, mines, agriculture and food industries. The foundation’s gross fiscal revenue from its various business activities in 2019 stood above $318 million, while it gained a separate $1.6 billion from property sales.

During a lengthy live interview broadcast on Iran’s conservative state television earlier this month, Fattah opened Pandora’s box by accusing several institutions and politicians of the seizure of properties owned by his organization. Almost all former presidents from Akbar Hashemi Rafsanjani to Mohammad Khatami and Mahmoud Ahmadinejad, he said, had seized properties, which the foundation had provided them as offices and only for brief periods.

Fattah did not even spare Gholam-Ali Haddad-Adel, a former parliament speaker and veteran hard-line politician with a close family association to the supreme leader. Haddad-Adel is refusing to return a large piece of land located in one of the most expensive neighborhoods in Tehran’s affluent north, where he constructed and is running a private school. The updated value of the property, according to Fattah, is over $9 million, an amount he said could be spent on fighting poverty if Haddad-Adel lets loose of the property and makes way for Bonyad to sell the precious land.

It took Haddad-Adel 10 days to come out with a video message, in which he unleashed a diatribe against Fattah as he read out from a prepared speech. He denied the “provocative” claims and instead accused Bonyad’s chief of seeking “name and fame.” A defiant Haddad-Adel said he had the supreme leader’s approval back in 1995 to turn the property into the private school.

In his revelations, Fattah also targeted the influential Expediency Council, which he said has built a nine-story building with no official permits on a piece of land owned by Bonyad. And his list of corruption cases did not end there, hitting a prestigious research center run by the Iranian parliament and a government-affiliated institution for women’s studies, which was once directed by Masoumeh Ebtekar, a senior female politician and currently vice president of Women and Family Affairs in President Hassan Rouhani’s Cabinet. Ebtekar took to Twitter, accusing Fattah of distorting facts and calling on the public prosecutor to give her a chance to address the allegations.

Yet what perhaps raised the eyebrows in Fattah’s interview were the rare accusations he leveled against the armed forces and particularly a brigade of the Islamic Revolutionary Guard Corps (IRGC), known as the Supreme Leader’s Guards, a highly mysterious entity that acts as Ayatollah Khamenei’s secret service and protection unit. “There is this very valuable property in control of the Leader’s Guards. But they don’t even let me in despite the fact I am the official owner,” Fattah said.

Reacting, chief of the Leader’s Guards Brig. Gen. Ibrahim Jabbari expressed surprise at why Fattah “lacked knowledge” and was “unaware about a deal reached between the two organizations” on returning that certain property. Basirat, a news outlet affiliated with the IRGC, also attacked Fattah for his “inappropriate” remarks and for encouraging “rumors.”

Unsurprisingly, similar anger is being expressed by the Reformist camp as Fattah did not spare either end of the spectrum. To pro-Reform paper Etemad, Fattah’s claims were reminiscent of former President Ahmadinejad, who publicly named “corrupt” politicians for the first time in 2005, a populistic attempt that was widely seen as his winning card for the presidency back then. Etemad argued that Fattah is using the same old strategy but that "jugglery does not work anymore.”

Pressure is now building on Fattah not to follow Ahmadinejad’s path by emerging with damming evidence if he has any, and there are questions as to whether he is genuinely fighting corruption. Some even argue that those allegations could boomerang and explode in his own face as the organization under Fattah’s control is itself plagued by rampant corruption and accused of tax evasion. By one account, Bonyad and three other similar institutions controlled by the supreme leader are in possession of 60% of Iran’s national wealth.

Yet Fattah has not been entirely left to fend for himself. The most vocal support came from Ali Motahari, the outspoken former deputy parliament speaker who believes that Fattah’s statements had nothing to do with a bid for the presidency and were rather an attempt to defend “the public rights violated by the powerful individuals and institutions.” Motahari appreciated Fattah’s boldness to take aim at the Supreme Leader’s Guards “as a step in the right direction.”

Whether or not Fattah is preparing to run for president, he seems to have already pitted the majority of the political elites against him and could be facing an even tougher battle ahead in his political career. Still, the fact that he targeted the IRGC and hard-line politicians close to the supreme leader would have been unthinkable without the latter’s green light. That again makes the picture blurry and gives rise to theories that Fattah is, for now, the apple of the ayatollah's eye, and if vying for the presidency, he could enjoy support from the most powerful man in Iran’s political scene.

Traditionally, Iran’s supreme leader has not made public his endorsement of presidential candidates. Yet his choice in every election has always been an open secret. The Fattah saga aside, this time around Ayatollah Khamenei might have to choose from among a fast-growing list of conservatives who are jostling one another in an already heated-up race as the campaigning period draws near.

“Given the surplus of candidates, we will have to export some of them to other countries that have recently gained independence,” said conservative politician and member of the Expediency Council Mohammad Reza Bahonar in a sarcastic statement, which is telling of the complicated arrangements ahead of the key polls.