A majority of the country's provinces are reporting an "alarming" number of new cases, according to Iran's Health Ministry. 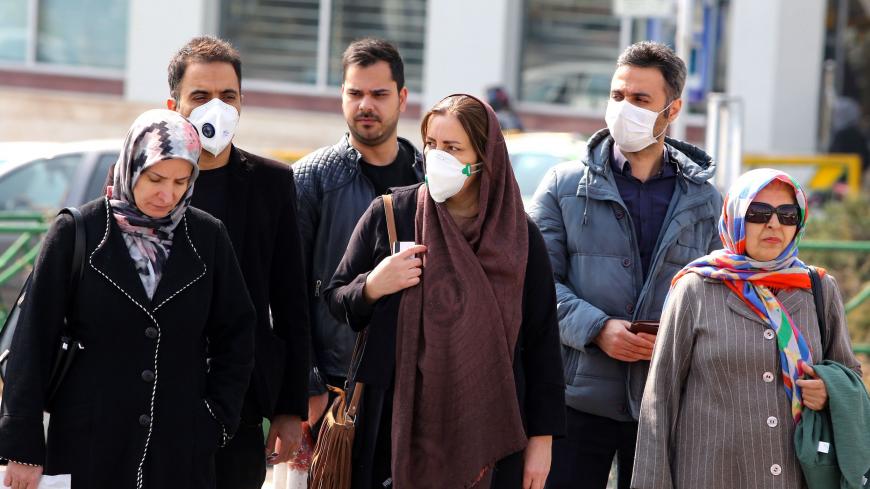 Iranians, some wearing protective masks, wait to cross a street in the capital Tehran on Feb. 22, 2020. - ATTA KENARE/AFP via Getty Images

Iran is seeing an "alarming" surge in cases, the country’s Health Ministry said Sunday, as it reported its highest one-day tally in more than three weeks.

“Sadly, since late June, daily infections have been on a rising trajectory” in Qom in central Iran, Lari said. “We are concerned that trivializing the situation and lax observance of health protocols may lead to a worsening of the outbreak in the province.”

Lari said the situation was “alarming” or “red,” the highest classification on the government’s COVID-19 watch list, in 25 out of 31 provinces. She also warned Iranians not to travel to Mazandaran, a popular tourist destination bordering the Caspian Sea where the case count has more than quadrupled in the past six weeks.

Since its initial outbreak in the holy city of Qom in February, Iran has confirmed 312,035 cases and 17,405 deaths. Experts say that’s likely a vast undercount of what’s considered the deadliest outbreak in the Middle East.

A recent investigation by BBC Persian found that the death toll is likely three times what the government claims, with nearly 42,000 deaths. Iran slammed the report as “politically motivated” and said it has acted in “a totally transparent way.”

Deputy Health Minister Iraj Harirchi warned last week, however, that the death toll is likely much higher than has been officially reported. His comments followed those of a member of Iran’s national coronavirus committee, who said as many as 18 million citizens — around 20% of the entire population — are estimated to have been infected.

Iranian media outlets reported Saturday that celebrated film director Khosrow Sinai died of the virus at the age of 79. Sinai is among many high-profile Iranians to succumb to COVID-19, along with at least five members of Iran’s Islamic Revolutionary Guard Corps and several prominent clerics.

State news sources reported Monday that one person dies of coronavirus in Iran every seven minutes, according to Reuters.