A missile named for the powerful commander killed in a US drone strike last January was unveiled on Iranian state TV Thursday. 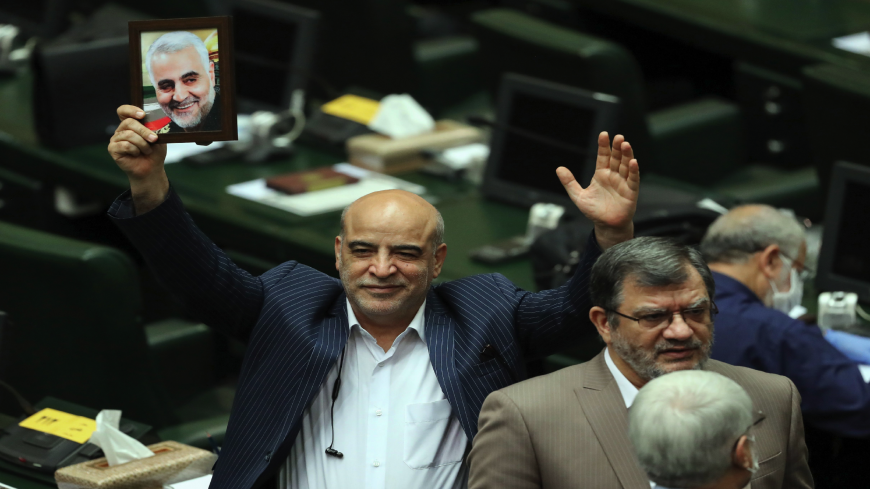 A parliament member holds up a portrait of slain Iranian Gen. Qasem Soleimani during the inaugural session of the new parliament in Tehran on May 27, 2020, following February elections. - Photo by -/AFP via Getty Images

The missiles, which were revealed on state television on Iran’s National Defense Industry Day, included one named after the country’s slain commander, Qasem Soleimani. Soleimani, who was the head of Iran’s elite Quds Force, was killed in a US drone strike near Baghdad International Airport last January in an event that further escalated tensions between Washington and Tehran.

“Cruise missiles are of particular importance to us … the country is on the path of production and self-sufficiency in this field,” Rouhani said.

The display of military prowess came as the United States prepares to invoke the so-called snapback provision of the Iran nuclear deal, which would return the United Nations sanctions lifted on Iran in January 2016.

“The process to reimpose sanctions on Iran begins,” Pompeo said in a tweet Thursday afternoon, adding that he notified the Security Council “of something we all know too well — Iran's failure to meet its commitments under the terrible nuclear deal.”