Egypt has reportedly discussed with the Somaliland government Cairo’s suggestion to establish a military facility in the country, raising the anger of Ethiopia. 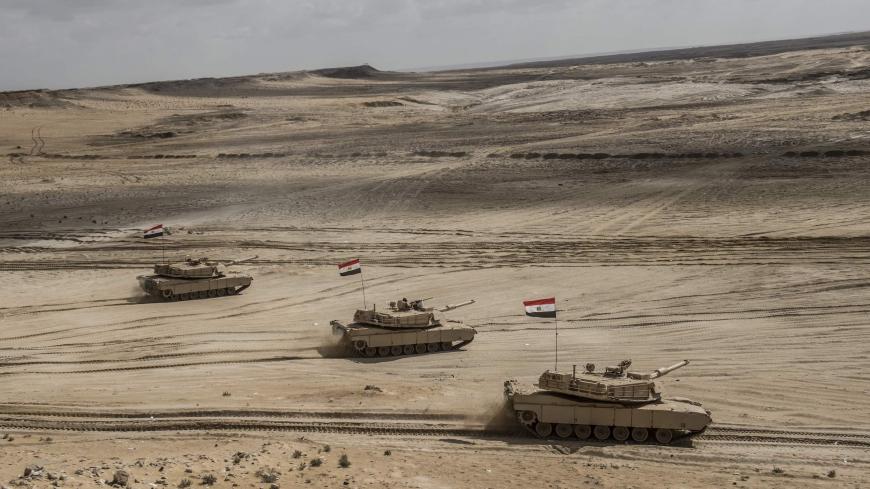 CAIRO — Ethiopia shot a warning at Egypt in response to Cairo's alleged intention to establish a military base in East Africa, claiming that an Egyptian delegation met with Somaliland President Muse Bihi Abdi in Hargeisa and discussed Egypt’s plans to build a military facility in the self-declared state.

The reported Somaliland meeting was not acknowledged by Egyptian officials and the news emerged from a single Kenyan news site.

Spokesperson for the Ethiopian Ministry of Foreign Affairs Dina Mufti told The Nation newspaper on July 27, “As a sovereign country, Egypt has a legitimate right to create relationships with any county in the region."

Retired Egyptian Maj. Gen. Abdul Menhem Katou told Al-Monitor that Ethiopia is trying to turn the international and African community against Egypt by showing that the Ethiopian people are treated unjustly. He added that one of Ethiopia’s strategies is accusing the Egyptian state of controlling the Nile.

Katou stressed that the Ethiopian statements are inaccurate and there is no truth to the rumor that Egypt is working to establish a military base in Somaliland.

Katou said Addis Ababa is waging a media war on Egypt to drum up international sympathy in the Grand Ethiopian Renaissance Dam crisis. Meanwhile, he added, military intervention over the GERD crisis is not an option for Egypt, as President Abdel Fattah al-Sisi has recently said that the only solution is through peaceful negotiations.

He said Ethiopia is mismanaging the GERD crisis and trying to tarnish Egypt’s image, but it will not work because international observers widely condemn Ethiopia's actions in the Nile river affair, which  threatens to bring instability to the region. Bringing the case to the UN Security Council would not not go well for Addis Ababa.

Hani Raslan, head of Nile Basin studies at Al-Ahram Center for Political and Strategic Studies, told Al-Monitor that Ethiopia’s actions violate international regulations. Ethiopia has no right to interfere with Egypt's relations with other states, he said.

Raslan noted that the GERD negotiations have become futile since the dam has already been constructed and is being filled and that no Egypt-Somaliland agreement could affect the GERD crisis.

Jamal Zahran, a professor of political science at Suez Canal University, told Al-Monitor, “Ethiopia is capitalizing on Egypt’s diplomatic and peaceful response to make false allegations. I believe this has made Ethiopia greedier when it comes to Egypt. The 2015 agreement must be cancelled because it is not in the interest of Egypt. The GERD crisis is ongoing and Egypt will suffer from the long-term effects.”

Ahmed Ezzeddine, a researcher on Egyptian affairs, told Al-Monitor that Ethiopia does not want Egypt to defend its national security. All the Ethiopian statements against Egypt are intended to block negotiations that could result in a balanced solution between the two countries in a way that maintains Ethiopia’s right to development and Egypt’s water share, he explained. No Egyptian or Somali official has made a statement about establishing an Egyptian military base in Somalia, he added.

Although there are several foreign military bases in Djibouti, Ethiopia sees an Egyptian military base in Somalia as a threat to its security, he said.

Ezzedine said that Egypt will not opt for military intervention in the GERD crisis with Ethiopia, despite its army’s strength. The two countries already have an agreement that Ethiopia still has not implemented. Egypt is serious about reaching a peaceful solution, but Ethiopia wants to manipulate the international community for sympathy.