US Defense Secretary Mark Esper contradicted Donald Trump's suggestion that the explosion in Beirut was an "attack," saying instead that it was likely caused by an accident. 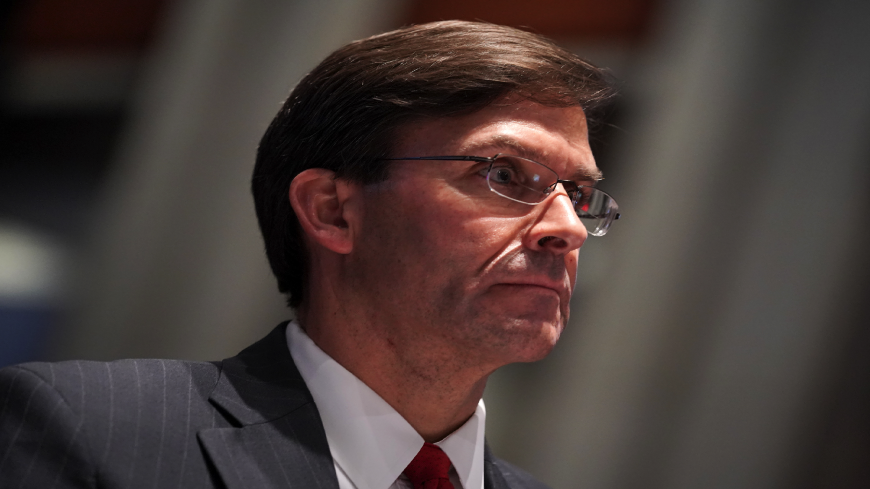 “Most believe that it was an accident as reported,” Esper said during a virtual Aspen Security Forum event this afternoon.

Esper did not directly address the president’s statement a day prior in which Trump said “some of our great generals … seem to think it was an attack, it was a bomb of some kind.”

Trump did not offer any evidence for the claim. US officials have told multiple news outlets they have seen no such evidence.

No group or government has claimed credit for any action connected to the blast. Lebanon’s neighbor Israel denied any involvement and was among the first of many countries in the region to offer aid.

Beirut was wracked by the catastrophic explosion Tuesday, which Lebanese officials say was caused by a welding fire at a dockside warehouse storing 2,750 tons of ammonium nitrate.

The blast tore through the coastal capital, leveling Beirut’s port and knocking out windows and walls throughout much of the city. So far more than 135 people are reportedly dead, more than 5,000 injured and more than 300,000 left homeless. The blast was felt as far away as Cyprus.

Lebanese Prime Minister Hassan Diab has vowed to hold those responsible to account. The country's information minister, Manal Abdel Samad, said an investigation over the coming days would lead to house arrest for those officials deemed responsible. Lebanon's parliament voted Tuesday to place security in Beirut under military authority, declaring a two-week state of emergency.

The country’s port authority has been aware of the presence of the tons of ammonium nitrate since 2014 when the substance was offloaded from a ship deemed unfit to continue its scheduled journey to Mozambique, Agence France-Presse reported.

Workers began repairs on the warehouse this week after an investigation in 2019 said the facility was not fit to store the chemicals.

Lebanon’s hospitals are overwhelmed as the country simultaneously faces a wave of coronavirus cases amid an economic tailspin.

Countries around the world from the Middle East to Europe to Asia have pledged support in the wake of the blast.

French President Emmanuel Macron is set to visit Lebanon on Thursday. UK Foreign Secretary Dominic Raab said his government is sending a Royal Navy ship as well as civilian rescue workers and is readying more than $6.5 million in aid.