As the free trade accord goes into effect this weak, Algeria fears the consequences could be devastating. 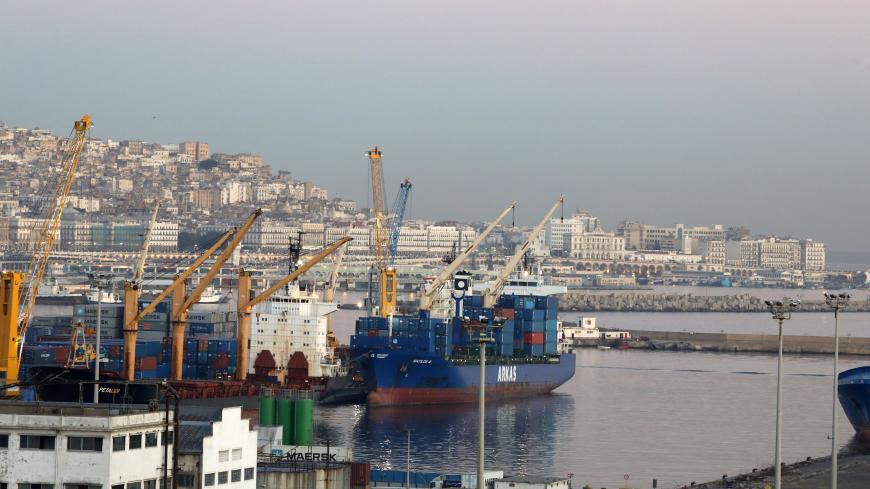 A general view shows the port of Algiers on Dec. 6, 2017. - LUDOVIC MARIN/AFP via Getty Images

The last restrictions on commerce between the European Union and Algeria are set to expire Sept. 1. The Association Agreement, signed 15 years ago, provides a glimpse into the lucrative future then-President Abdelaziz Bouteflika and his immediate circle saw for themselves and the country they governed. In 2020, the position, unfortunately, is quite different.

For years, Algeria has relied upon the export of hydrocarbons to Europe and the world, while suffocating vast swathes of the private sector under a blanket of bureaucracy and corruption. Now, battered by the coronavirus pandemic, social unrest, graft and the drop in the value of hydrocarbons that began as far back as 2014, Algeria is scrambling to renegotiate the terms of the agreement while bemoaning the absence of significant European investment within the Algerian economy.

According to figures provided to The North African Journal by the president of Algeria’s national association of exporters, Ali Bey Nasri, between 2005 and 2017, Algeria imported $283 billion in goods from EU countries, while exports, principally of petroleum-based products, only reached $12 billion. The agreement as it stands, Nasri said, would be “a disaster for the national economy."

It’s one Algiers seems to be acutely aware of, with Algerian President Abdelmadjid Tebboune instructing the country’s trade minister to reassess the deal Aug. 9 — just weeks before the final provisions of the agreement kick in.

However, like many agreements between the economic powerhouse of the European Union and smaller states, the Association Agreement was always weighted in the EU’s favor. While acknowledging Algerian mismanagement, the absence of a clear industrial policy and the rentier nature of its economy, observers such as Chatham House’s Tin Hinane El Kadi point to structural deficiencies within the agreement itself. “The 2005 free trade agreement has reproduced standard unequal division of labor between Algeria and European countries, whereby it has consolidated the position of the EU in North Africa as an exporter of high-value-added goods while leaving Algeria and other North African signatories in a position of a mere primary goods exporter and preventing it from significant tax revenues from EU products,” El Kadi wrote in emailed comments.

Moreover, according to El Kadi, the agreement has also allowed major European companies free access into Algerian markets, destroying local enterprises while diminishing government revenue streams that could have been invested elsewhere through the absence of tariffs.

“Between 2007 and 2018, it is estimated that Algeria lost around 6 billion euros in tariffs revenue,” El Kadi said. In early 2018, Algeria froze the import of nearly 1,000 products from the EU before softening a few months later this measure. But the government introduced a new tax, called the "provisional additional safeguard duty on EU goods,” providing the government with an income of anywhere between 30 and 200% on imported EU goods.

All the same, few would argue that the Algerian economy has lived up to 2005 expectations. Despite the limits on revenue placed upon government revenue by the Free Trade Agreement, much of the country’s private enterprises remain stillborn, unable to establish itself as an economic power independent of government control.

“They’re stuck between a rock and a hard place,” Anthony Skinner, of Verisk Maplecroft, told Al-Monitor. “The ruling elite need to control the business environment to preserve their place in the political sphere. In a bid to encourage foreign investment, the government has reversed restrictions that reserved majority equity stakes for Algerian companies in joint ventures — a change that does not apply to strategic sectors. But I can’t really see this lessening the difficulty of doing business in Algeria,” he said.

Further to bureaucratic hurdles, with the Algerian state even making long-term residence for foreigners within the country close to an insurmountable obstacle, is the graft that cuts throughout Algerian enterprise.

“There’s nothing to suggest that graft has diminished as a result of the corruption probes brought about by pressure from the hirak (mass social protest movement) or from the political elite’s drive to consolidate power,” Skinner continued. “Probes usually target political liabilities and potential or real challengers to the pouvoir," he said, using the Algerian term for the immediate circle of political and military apparatchiks around the presidency.

“President Tebboune is widely regarded as the choice of the military. There was very low turnout at the election that saw him voted in, and most Algerians doubt that Tebboune will follow through on his pledge to separate money from politics,” he said.

Looming over all is the near-certain return of the hirak once health conditions allow. “The reality is actually quite grim,” said El Kadi, who was present throughout much of the protest movement. “We are seeing a real backlash as the regime is as authoritarian as ever. I think that popular anger has increased over the past months as socio-economic concerns have added an extra layer to existing demands for political freedoms. The hirak will surely resume toward October or so,” she said.

Discussions on possibly delaying the full implementation of the Association Agreement are already reported to be underway. For leaders in Brussels, faced with choosing between delay and potentially destroying an already embattled economy, the choices are stark. For the Algerian government, a postponement might provide useful breathing space as it wrestles with a global pandemic. Meanwhile, waiting at home, the protesters of the hirak bide their time.