Why Turkey is trying to improve its profile in the Maghreb

In parallel with its military activities in Libya and rising profile in Africa, Ankara moves to strengthen its geostrategic and geo-economic ties with Maghreb countries. 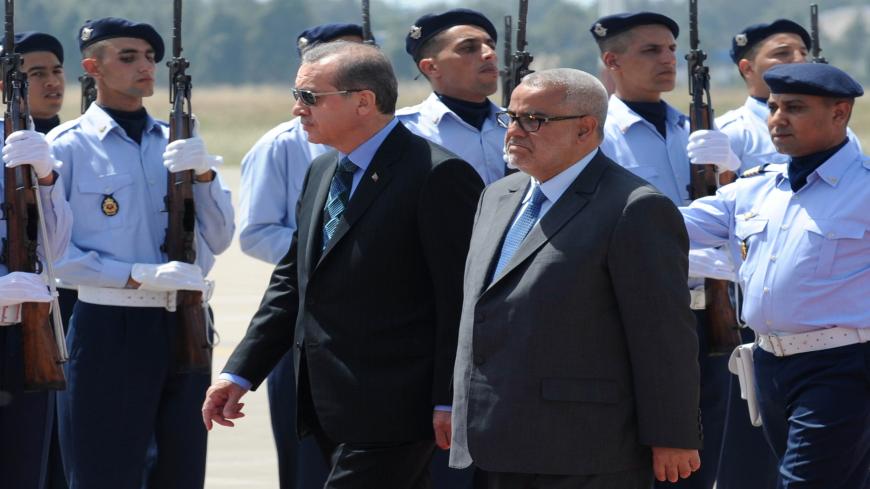 In parallel with its military activity in Libya and rising profile in Africa in the past five years, Ankara has changed its traditional foreign policy priorities with Algeria, Morocco and Tunisia, which has resulted in almost daily coverage in the Turkish media. Aside from their importance to maintain the Turkish military presence in Libya, these three countries also bear critical significance for Ankara’s Africa opening.

For Algeria, the Friendship and Cooperation Agreement, which was signed during a visit by then-Prime Minister Recep Tayyip Erdogan in 2006, serves as a strong foundation for bilateral relations.

Besides its geopolitical location that can serve as a logistics hub for Turkey’s Africa dossier, Algeria is the fourth-largest economy of Africa with a population of some 40 million and with significant natural gas and oil reserves. It is also the fourth-largest liquefied natural gas exporter to Turkey after Russia, Iran and Azerbaijan. In the energy field, a Turkish conglomerate reached an agreement with Algeria’s Sonatrach in 2018, to establish a petrochemical site in Adana worth $1.4 billion. Mutual contacts between the two countries for joint deep sea drilling and seismic research off the coast of Algeria are also underway.

In economic terms, Turkey was one of the top investors in Algeria with Turkish investments reaching roughly $3.5 billion in late 2019. Some 12,000 Algerians are employed by Turkish companies that completed some 370 projects in various sectors from construction to chemical products, steel and textiles.

Turkey is also keen to cooperate with Algeria in the defense and military field, in return for its logistics support for Libya. Given its arms race with Morocco, Algeria spends some $10 billion a year and Turkey reportedly offers lucrative deals to the country. During his visit in January, President Erdogan asked Algiers to access Algeria’s air and naval bases for its operations in Libya, reiterating these offers.

For Morocco, the bilateral trade with Turkey gained momentum following the free trade agreement in 2006, reaching more than $2,7 billion in 2018. The number of Turkish companies that have won infrastructure tenders in Morocco has also increased in the past years, with the number of Turkish companies currently operating in Morocco reaching more than 150. They operate in various sectors including construction, wholesale trade, textile, furniture, iron and steel. Turkey’s textile investments in the country has seen a recent uptick.

The total value of the projects that have been undertaken by the Turkish contracting companies in Morocco have reached $4.1 billion. The Turkish firms have around $400 million worth of investments in Morocco as of 2019, and approximately 8,000 Moroccans are employed by Turkish companies.

Yet economic ties soured as the huge trade deficit in favor of Turkey has forced Rabat to ask for a reevaluation of a free trade agreement between the two countries. For Rabat, the agreement backfired on Morocco’s economy as the country posted a trade deficit of $1.9 billion with Turkey. In February, Morocco threatened Turkey to walk out of the agreement if Ankara continues to submit Turkey-bound Moroccan products to rigid customs obstacles. Although Moulay Hafid Elalamy, moroccan minister for industry, trade and green and digital economy, announced in the same month that Turkey had agreed to revise the free trade agreement with Morocco to make it mutually beneficial, no concrete steps have been taken on that front.

The trade deficit is a problem in Turkey’s relation with Tunisia that has emerged as a potential geostrategic partner in North Africa after Ankara’s military involvement in Libya increased. Possible Tunisian support for Turkey on Libya can tip the balance of power in the war-torn country in favor of Libya’s Turkish-backed Government of National Accord. Turkey expressed its keenness for Tunisian logistics and strategic support in the Libyan conflict during Erdogan’s unexpected visit to Tunis in December 2019. Reportedly, Ankara particularly asked Tunisia for the use of Cerbe airport to intervene militarily in Libya and permission to use some military bases as logistics hubs. Aside from military support, as a nonpermanent member of the UN Security Council Tunisia's stance on the issue will also be important.

However, Tunis’ open support for the Turkish stance over Libya seems highly unlikely given the widespread refusal of Tunisian society to get involved in the Libyan conflict. Some circles have even blamed Ankara to try to drag Tunis into Libya's problems. The Tunisian public has shown no interest in deviating from their traditional neutral stance on the conflict.

As such, the Maghreb countries seem to continue to hold a special place in Ankara’s new foreign policy paradigm, as long as Ankara has its eye on Libya and Africa.