The latest events reveal the diminishing popularity of President Recep Tayyip Erdogan among Generation Z, but will this matter for the next election? 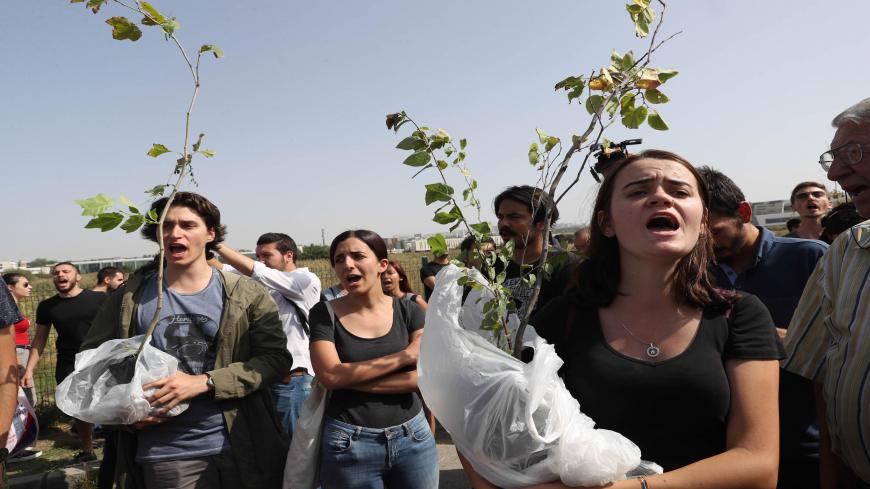 Turkish President Recep Tayyip Erdogan has, since coming to power in 2002, taken pride in representing the “will of the nation” as the person rightfully elected. His love for public opinion polls is well known.

Erdogan's Justice and Development Party (AKP) has been gradually losing the support of the younger generations, including those who grew up in households that supported the AKP in the last couple of local and national elections.

The latest evidence of Turkey’s youth disillusionment became clear during an event organized by the president's office. On June 26, Erdogan invited the country's youths to connect via a live stream event on YouTube.

Unlike a meeting orchestrated in a studio setting, the government does not have full control of what happens on social media. During the June 26 event, viewer comments started pouring in with the trending hashtag #Novotesforyou. The negative comments were so many that finally Erdogan’s media team disabled the comments option. This is when the participants started clicking on the dislike or like buttons in order to make their opinions clear. As of today, the video has had just under 3 million views, with 421,000 dislikes and 123,000 likes.

In any other democratic country, the number of likes or dislikes on a YouTube video would not be an issue, but in Turkey — where tone policing and punishing people for not applauding the president is the norm — this is a major victory for the Gen Zers (those born in the late 1990s and early 2000s).

“Erdogan is like that evil stepmother in the fairy tale [Snow White] who asks the mirror daily who is the most popular in the land. Today the mirror replied he was not loved. There will be consequences," a professor of communications from a state university told Al-Monitor on condition of anonymity.

In the days following the event, Erdogan claimed social media was out of control and threatened that he was ready to initiate bans, fees and fines.

But who is scared to post on social media? The Social Democracy Association's May 2020 research report writes that the youths associated with pro-Kurdish parties feel overwhelmingly oppressed to express their opinions (54.5%). The ultranationalists, on the other hand, feel the least amount of pressure on their freedom of expression (2.9%).

In the meantime, the Turkish public started talking about Gen Z, who made up 15.6% of the population in 2019. The roughly 13 million Gen Zers grew up under the AKP administration, so why do they not like Erdogan? Three reasons emerge: increasing economic difficulties and diminishing returns on their education; a high level of restrictions on freedom of speech; and a government whose policies are mostly irrelevant to the youths.

Kemal Ozkiraz, director of the Eurasia Public Opinion Research Center, told Al-Monitor, “All polls show that Gen Z mostly favors opposition parties. This generation wants to live freely like their peers around the world. They want to travel and get a proper education. In Turkey, we see a higher affiliation of youths with ultranationalist parties than the AKP itself. The AKP would take about 10% of the newly eligible voters.”

Seren Selvin Korkmaz, co-founder and executive director of the IstanPol Institute, told Al-Monitor about the recent quantitative and qualitative research results on Gen Zers. She said, “The most dominant common feeling we measure across the board is the increasing fear of uncertainty of the future, concern for job security and lack of trust in the current political leaders.”

Korkmaz highlighted the high levels of unemployment among Turkish youths, even those with college degrees. “Upward mobility is curtailed — neither jobs nor education are promising a safe future for the youth. Even AKP supporters know merit is not going to get you far unless your family is connected," she noted.

Youth brain drain has been a serious concern for Turkey. College debt coupled with unemployment or underemployment produce discontent and unhappiness.

Busra Cebeci, a researcher and reporter for Sozcu TV, told Al-Monitor, “The AKP lost its equilibrium. Initially it was a party that rose on listening to the pulse of the people. Even though it was conservative, it reached out to diverse groups. Now the pulse is not exclusively on the street, it moved to the digital environment. Overtime the AKP became more disconnected from the public. That's why they cannot connect with the needs of Gen Z, who have grown up.”

Levent Koker, emeritus professor of public law, told Al-Monitor, “They [Gen Z] dissociate themselves from Erdogan’s aggressive nationalistic position, threatening Turkey’s isolation from the developed world. Overall, it will not be illogical to assume that most Gen Z members are fed up with an omnipresent and omnipotent, paternalistic Erdogan figure.”

Another failure of the Erdogan administration is that despite all the government resources at their disposal, they have failed to raise a “pious generation” as they promised. To the contrary, the interest of the youth in religion and piety levels are decreasing.

Ozkiraz said, “Religious school students are more conservative than the rest, but they also are more distant to religious values. The technology connects these children to their peers all around the world. They are into K-pop, and Korean soap operas, and they yearn to live a secular lifestyle. Erdogan’s Turkey has failed to promise them a future but rather demands several chores, such as be a devout Muslim, protect your country from those who aren’t pious, don’t question, don’t get involved, just protect my administration unconditionally. These are not very attractive for the youth. Plus, the Erdogan administration’s political Islam arguments are viewed as ridiculous and threatening for the youth. When they try to cover up all their faults with religious rhetoric, the youth don't want to associate with that sort of piety.”

Social media is a Manichean world for the Erdogan administration. They are desperate to increase their social media visibility, while they suffer because these platforms reveal and ridicule their repeated failures.

For the youth in particular, the talk about bans on access to social media touches a nerve. The youth vote is important, but the Erdogan administration has stopped to reach out to most of the people, including first-time voters who are not the AKP’s core supporters. The attitude toward social media and the unheard demands of the youth might just be a part of the bigger question about how the next electoral system will be designed. If the government continues this path it would be a safe prediction that the next electoral setup will make sure the incumbent wins the presidency, therefore making the debate about who will the Gen Zers vote for a rather moot issue. The more pressing concern here is understanding the reasons why Erdogan stopped caring about the generation that grew up with his own pragmatic, political Islamist ideology.