Azerbaijan and Armenia, long at odds, have been fighting in the strategic Tavush-Tovuz border area; Turkey has threatened to intervene on the side of Azerbaijan. 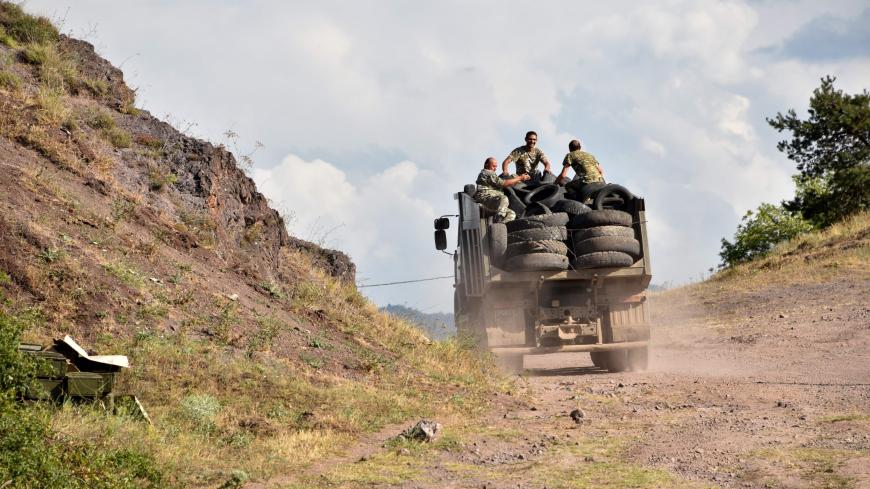 Armenian servicemen transport used tires in the back of a truck to fortify their positions on the Armenian-Azerbaijani border near the village of Movses on July 15, 2020. At least 16 people on both sides were killed in three days of shelling that started July 12 between the ex-Soviet republics, which have been locked for decades in a conflict over Azerbaijan's separatist region of Nagorno-Karabakh. - KAREN MINASYAN/AFP via Getty Images

Turkey and Azerbaijan are conducting joint military drills amid ongoing clashes between Azerbaijan and Armenia.

Border clashes erupted between Armenia and Azerbaijan this month in the Tavush-Tovuz area; Azerbaijan's Tovuz region is home to a strategic energy pipeline.

The flare-up is part of a wider territorial dispute between the two Caucasus nations known as the Nagorno-Karabakh conflict. The area is disputed between Armenia and Azerbaijan and there have been several skirmishes there since the end of the Soviet Union.

Turkey and Azerbaijan have a historically close relationship and Azerbaijani is a Turkic language. On Thursday, Turkey’s Defense Ministry tweeted “one nation, two states” and shared a video of a joint military drill.

Turkey and Armenia have tense relations, which is largely due to their disagreement on the Armenian genocide during the breakup of the Ottoman Empire. This refers to the forced killing and expulsions of Armenian, Syriac and Greek Christians at the time, which Turkey denies constituted a genocide.

by Murielle KASPRZAK and Joseph SCHMID | AFP | May 26, 2022
END_OF_DOCUMENT_TOKEN_TO_BE_REPLACED