‘I still wake up at night’: Syrian men and transgender rape survivors struggle in Lebanon

LGBT survivors of sexual violence told Human Rights Watch that accessing services for their physical and psychological trauma is a challenge in Lebanon. 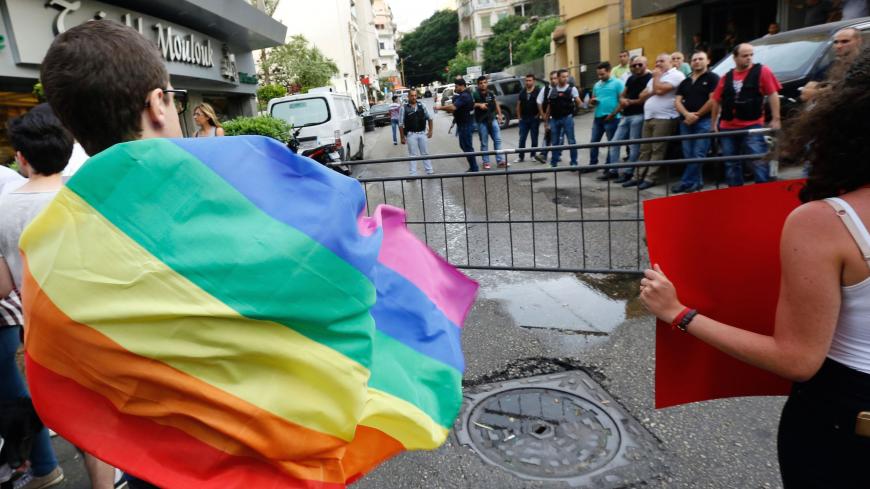 Activists from of the Lebanese LGBT community take part in a protest outside the Hbeish police station in Beirut on May 15, 2016, demanding the release of four transsexual women and calling for the abolishment of article 534 of the Lebanese Penal code, which prohibits having sexual relations that "contradict the laws of nature". - ANWAR AMRO/AFP via Getty Images)

Gay and bisexual men and transgender women who fled to Lebanon to escape sexual violence in Syria’s war are struggling with extreme physical and psychological trauma, made worse by a lack of available health services in their host country.

Some said they were harassed or abused at checkpoints for being “soft looking.” Others said their sexual or gender identity made them subject to additional torture, including rape and forced nudity, inside Syria’s notorious detention centers.

“They rape you just to see you suffering,” a 28-year-old gay man who was detained by the Syrian intelligence agencies told Human Rights Watch. "I look behind me when I am walking. I still wake up at night. What would happen if it happens again?"

“Men and boys — regardless of their sexual orientation or gender identity — are vulnerable to sexual violence in Syria and often remain unseen and without the support all survivors of sexual violence urgently need,” said Zeynep Pinar Erdem of Human Rights Watch.

“Services need to be funded and tailored to support their access and care without diverting funding from services for women and girls,” Erdem said.

In 2018, the United Nations’ Commission of Inquiry found that the Syrian government and associated forces used rape and other forms of sexual violence, primarily against women and girls, as a means of causing “terror and humiliation to the population.”