US Secretary of State Mike Pompeo waded into the Turkish debate today over whether the historic Hagia Sophia museum should be made back into a mosque. 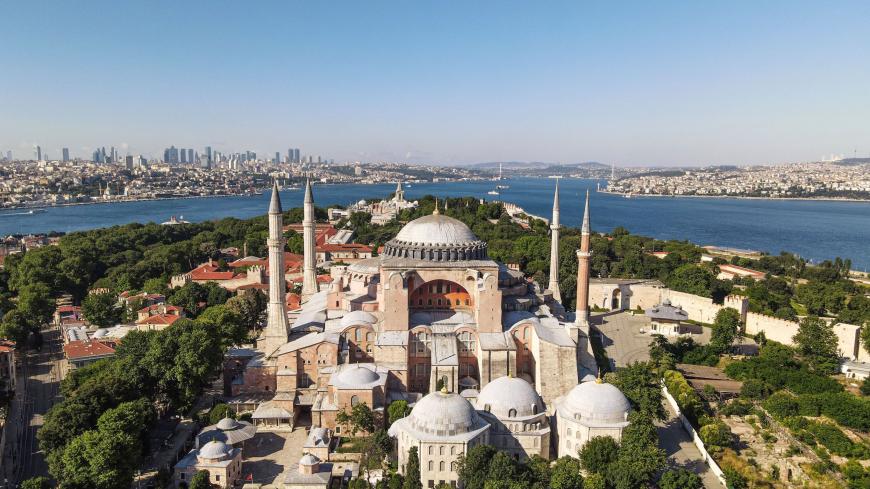 US Secretary of State Mike Pompeo today waded into the Turkish debate over whether to turn the historic Hagia Sophia museum back into a mosque.

“The United States views a change in the status of the Hagia Sophia as diminishing the legacy of this remarkable building and its unsurpassed ability — so rare in the modern world — to serve humanity as a much-needed bridge between those of differing faith traditions and cultures,” said Pompeo. “We seek to continue to work with the government of Turkey on a broad range of issues of mutual interest, including the preservation of religious and cultural sites.”

Pompeo praised Turkey’s “outstanding” administration of the Hagia Sophia as a museum for nearly a century, allowing it to remain “accessible to all.” The secretary's warning comes after US envoy for religious freedom Sam Brownback called on Turkey last week to maintain the Hagia Sophia as a UNESCO World Heritage site.

Why it matters:  Pompeo’s statement comes the day before Turkey’s Council of State — the country’s highest administrative court — reviews a request to undo the historic building’s status as a museum, a bête noire for Turkish Islamists. President Recep Tayyip Erdogan’s office has hinted that the Turkish government could endorse reverting the Hagia Sophia into a mosque. The Hagia Sophia aside, the United States and Turkey differ on several other contentious issues, including Ankara’s purchase of the S-400 Russian missile system and its campaign against the Kurdish People’s Protection Units in northeast Syria.

What’s next:  The Council of State’s ruling on the Hagia Sophia could come as soon as tomorrow or within the next two weeks.

Know more:  Kadri Gursel examines Erdogan’s use of the Hagia Sophia card to bolster his socially conservative base amid a backlash over Ankara’s handling of the coronavirus pandemic.