US enthusiasm seems to be fading on Netanyahu’s annexation plan

According to a recent report, the Trump administration is now conditioning its support of the annexation plan on a broad agreement on the issue between Blue and White and Likud. 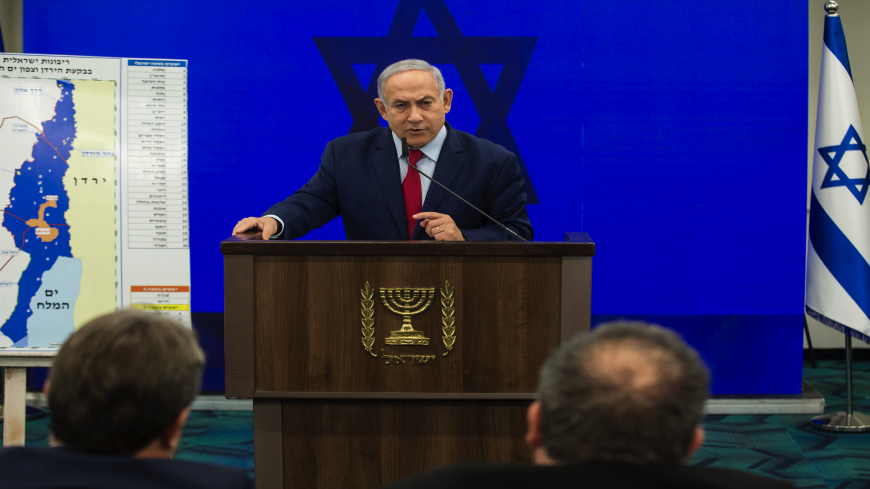 Israeli sources yesterday told Public Broadcasting radio station Kan that the White House has been adding conditions for supporting Prime Minister Benjamin Netanyahu’s annexation plan. The Trump administration has already indicated it would like to have Blue and White on board — a request that now seems to be translated into a clear condition. Reportedly, the White House wants to see the plan introduced as part of an agreement by the two ruling parties, Likud and Blue and White, making sure Israel’s political stability is maintained.

The report also says the White House wishes the plan to include significant benefits to the Palestinians, including permits for the construction of thousands of housing units for Palestinians across the West Bank.

Netanyahu had pledged during his last election campaign to bring his annexation plan to vote this summer. Indeed, the unity deal struck in April between Likud and Blue and White enabled the prime minister to present the plan as early as July 1. In the days preceding July 1, Netanyahu offered Blue and White leadership several proposals for limited or staged annexation, but he didn’t really succeed in getting Blue and White on board, as the Trump administration was hoping for. Facing a surge of coronavirus cases in Israel, growing unrest over the dire economic strait and political difficulties, Netanyahu was forced to withdraw from his intention to advance annexation on that date.

July 1 came and went without a vote on annexation, but the topic is not completely off the table, as evident in Kan’s report. Some Likud sources insist that Netanyahu plans to advance annexation in the coming weeks, despite all these difficulties.

In the meantime, the international community keeps doubling its efforts against the plan. On July 2, the Vatican summoned the ambassadors of Israel and the United States for meetings to protests the plan. British Prime Minister Boris Johnson spoke by phone on July 7 with Netanyahu, expressing concern on the annexation plan and urging him to renew talks with the Palestinians. Shortly after, the foreign ministers of Egypt, France, Germany and Jordan published a joint announcement, also urging Israel to abandon its settlement-annexation plan. And on July 11, it was French President Emmanuel Macron’s turn. Macron called Netanyahu, warning him that annexation of West Bank lands would “contravene international law.”

Reports of recent days indicate that Russia is also raising the tone on annexation. Apparently, Moscow has been holding talks with Palestinian leaders on the topic. In parallel, Russian officials discussed the issue last week with Israel’s Ambassador to Russia Gary Koren.

Clearly, the international community fears that if and when the coronavirus crisis in Israel begins to fade, Netanyahu will bring back his proposal as a way of regaining public support.