Iran cuts oil production and storage is nearly full amid pandemic, US sanctions

Reuters reported that Iran's onshore storage facilities are nearly full while production is at its lowest point since the Iran-Iraq war. 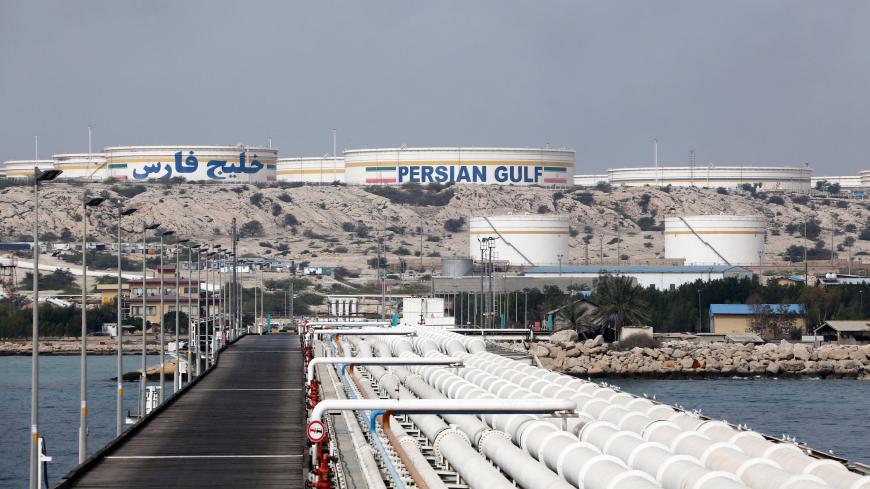 An oil facility is seen on Kharg Island in the Persian Gulf, March 12, 2017. - ATTA KENARE/AFP via Getty Images

Iran has a glut of unused oil as it cuts production amid the COVID-19 pandemic and US sanctions.

Crude oil production was at its lowest level in 40 years in June and storage facilities and vessels are nearly full in Iran, Reuters reported today.

Iran had 63 million barrels of onshore oil in June. There was a surge in April at the height of the pandemic. The level of onshore reserves was only 15 million barrels in January. The June figure constitutes around 85% of Iran’s storage capabilities, according to Reuters.

Iran is a major oil exporter and member of OPEC. However, demand for oil is down across the world in large part due to the coronavirus. Iran itself has been hit hard by the virus, and surpassed 10,000 deaths last month.

The Islamic Republic’s oil industry is being further harmed by harsh US sanctions on the country that deter the purchase of Iranian oil. The United States has placed a variety of sanctions on Iran’s energy sector, including on the captains of Iranian vessels.

The United States reimposed sanctions on Iran in 2018 after the Trump administration withdrew from the Iran nuclear deal. There has been a major drop in Iran’s oil production and exports since then, the data from the BBC shows.

Tehran has sought to skirt the sanctions. Several Iranian tankers have completed fuel deliveries to Venezuela this year. The South American country also is sanctioned by the United States. In June, both Iranian and Venezuelan state media reported that Iran would send regular fuel deliveries there.