Elon Musk tweets that aliens built the pyramids in Egypt

The theory that aliens built the marvels is not new. 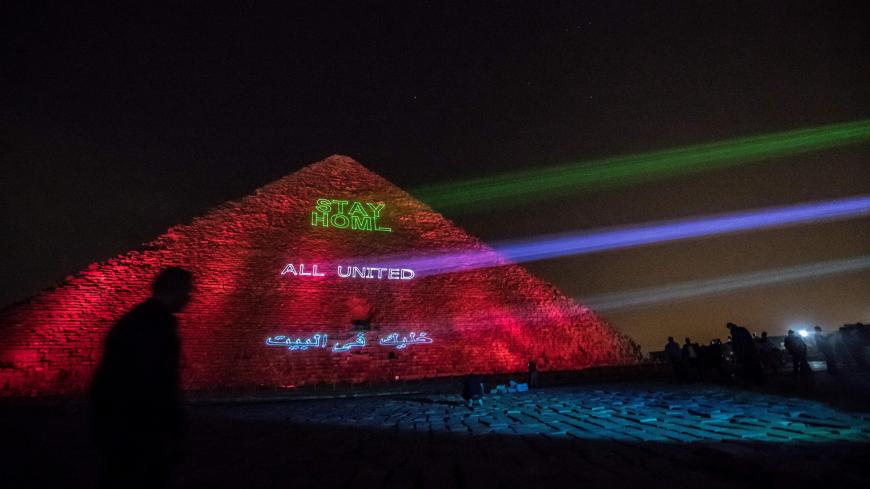 People take pictures of the Great Pyramid of Giza outside the Egyptian capital, Cairo, where a laser projection writes "Stay home, all united" on March 30, 2020, amid the spread of COVID-19. On July 31, California entrepreneur Elon Musk tweeted that aliens build the pyramids. - KHALED DESOUKI/AFP via Getty Images

Billionaire tech mogul Elon Musk tweeted the unproven theory that the pyramids in Egypt were built by aliens today.

“Aliens built the pyramids obv,” the SpaceX and Tesla CEO said in a tweet today.

The pyramids were built in Egypt more than 4,000 years ago and are some of humanity’s most astounding architectural achievements. They were built as tombs for the pharaohs who ruled ancient Egypt. Among the most recognized of the towering structures is the Great Pyramid of Giza, a short distance from the Great Sphinx, outside Cairo. Musk tweeted about the Egyptian pharaoh Ramses II in a follow-up tweet, showing he was referencing the pyramids of Egypt and not others around the world.

The technological expertise required to build the Egyptian pyramids has long confounded people considering they were constructed long before modern technology. The millions of stones in Egypt’s pyramids would be hard to move today with cranes, they are in better condition than some newer pyramids and scientists are not sure how exactly they were built. All of this fuels the alien conspiracy theory, according to National Geographic.

Musk supported his argument with similar thinking by writing, “The Great Pyramid was the tallest structure made by humans for 3800 years. Three thousand, eight hundred years” in a later tweet.

Both Arabic-language and Egyptian media covered Musk’s tweet, with the Egyptian outlet Akhbarek calling it a “big controversy.” The news elicited various reactions on Arabic social media, including more comments on how the pyramids were built.