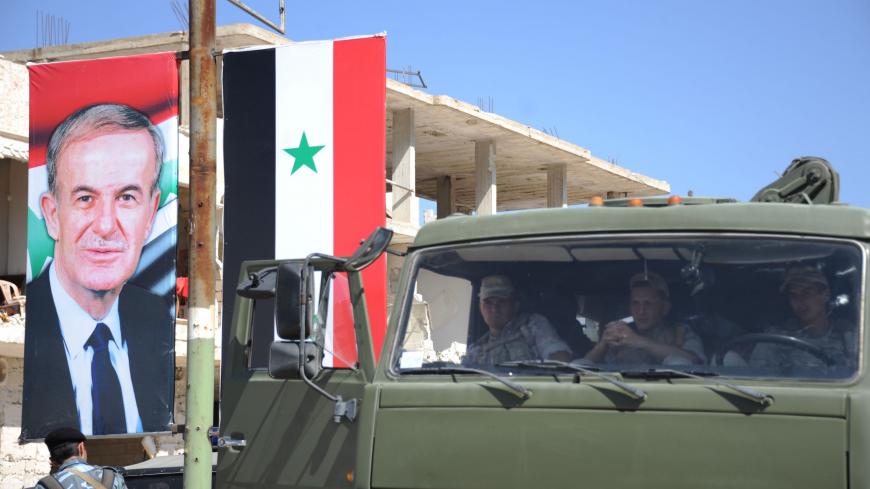 Russian soldiers sit in their vehicle next to a portrait of the late Syrian President Hafez al-Assad in Khan Sheikhun in the southern countryside of Idlib province on Sept. 25, 2019. Assad's 18-year-old grandson, who has the same name, was listed as being subject to US sanctions on July 29, 2020. - MAXIME POPOV/AFP via Getty Images

The United States today announced 14 new targets, including Syrian President Bashar al-Assad’s 18-year-old son, in a fresh round of sanctions aimed at squeezing the Syrian regime and its financial backers.

“It is time for Assad’s needless, brutal war to end.  This, above all, is what our sanctions campaign is meant to bring about,” US Secretary of State Mike Pompeo said in a statement.

Hafez al-Assad, the president’s oldest son, was among the targets announced by the US Treasury Department, as were Zuhair al-Assad and the Syrian Arab Army’s First Division. Prominent businessman Wasim al-Qatan and a number of Damascus-based businesses engaging in construction, real estate and tourism were also blacklisted.

“While corrupt businessmen with ties to Assad invest in luxury real estate made possible by forced displacement of innocent civilians, they also worsen the oppression of the Syrian people,” Treasury Secretary Steven Mnuchin said in a statement.

Why it matters: The new sanctions push — what the State Department dubbed would be the “summer of Caesar” — intends to choke off Assad's financial lifelines and prevent reconstruction in government-held parts of Syria.

Last month, the long-awaited Caesar Syria Civilian Protection Act, named for the defector who bravely smuggled evidence of war crimes out of Syria, took effect. The US law allows for sanctions on anyone — Syrian or not — who provides assistance to the regime’s military operations or the country’s construction, engineering, energy or aviation sectors.

Ten of the 14 sanctions announced today were issued under prior executive orders, not the Caesar Act. The United States has so far not used the bipartisan law to go after companies in Assad-allied Russia, as many Caesar sanctions supporters had hoped.

What’s next: Having wrested control of more than two-thirds of the country from rebel forces, Assad is aiming to rebuild what was destroyed in the crushing nine-year-long war. The Caesar sanctions, if fully enforced, could deprive Syria's dictator of the billions in foreign investment he needs to rebuild and cement his grip on power.

But many fear civilians will be unintended victims of the sanctions, which arrived as Syria’s already battered economy took a turn for the worse. The cost of goods has skyrocketed this summer, remittances have dwindled and in June, the Syrian currency fell to its lowest-ever rate against the US dollar. Food prices last month, according to the UN World Food Program, were 240% higher than they were the year before.

Know more: Correspondent Elizabeth Hagedorn delves into the debate over how the long-awaited sanctions might impact civilians, and the first round of penalties issued last month under the Caesar Act. 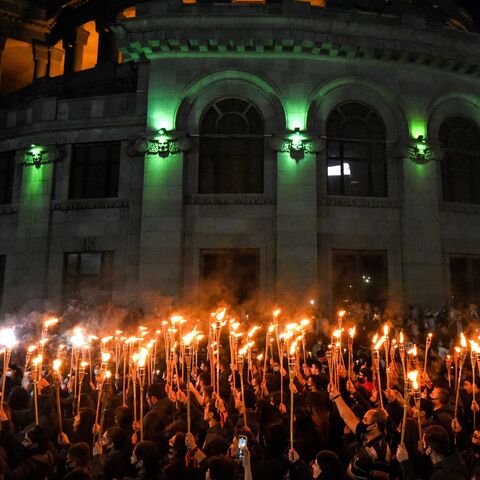