Turkey and Iran are conducting operations against Kurdish groups in the country. 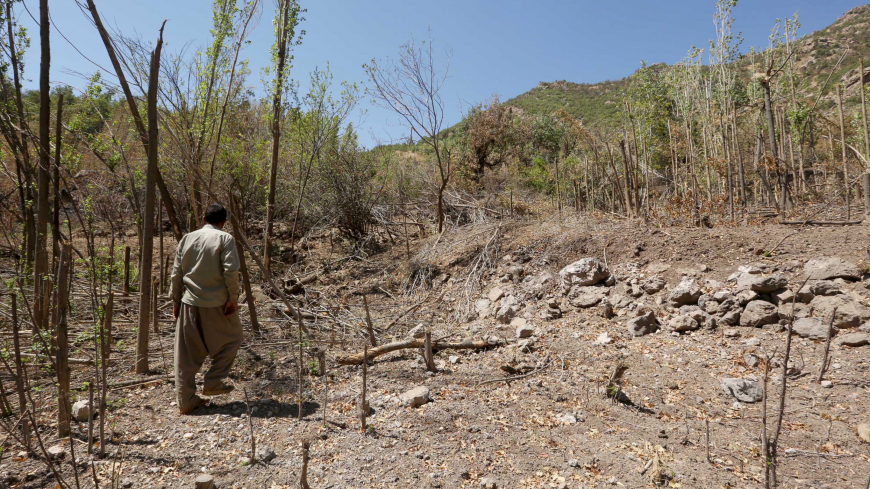 A resident walks past a crater caused by a Turkish airstrike against the Kurdistan Workers Party in Sigire on the outskirts of Duhok province, Iraq, Aug. 16, 2015. - REUTERS/Ari Jalal

“The Emirates condemned the Turkish and Iranian military interventions in Iraq,” the Emirati Ministry of Foreign Affairs said in a statement. “This constituted a violation of the sovereignty of a sister Arab state and the principles of international law.”

Turkey has launched several attacks on Kurdistan Workers Party (PKK) fighters in Iraq this week. The PKK fights for greater rights for Kurds in Turkey, while Ankara as well as Washington consider it a terrorist organization.

Turkey first bombed suspected PKK positions near the mostly Yazidi city of Sinjar, a refugee camp for Turkish Kurds in Makhmour and the Qandil mountains in the Kurdistan Region of Iraq near the Turkish border Monday.

Turkey then began a ground operation yesterday in Kurdistan Region territory targeting apparent PKK positions. The Kurdistan Regional Government (KRG) controls the northern border area with Turkey where the PKK operates and it is inhabited by Kurds and Assyrian Christians. The federal Iraqi government controls Sinjar and Makhmour.

Turkey’s operations have coincided with Iranian shelling of Iranian Kurdish groups in the Kurdistan Region near the Iranian border. Iran sometimes hits such groups within Iraq and there are also clashes between them and Iranian forces inside Iran.

The United Arab Emirates, an ally of Saudi Arabia, has long been critical of Iran’s policies in the region. The Emirates and Iran are often on opposite sides of regional conflicts, including the war in Yemen.

The United Arab Emirates is also often at odds with Turkey, which has good relations with Qatar — the Emirates and Saudis' rival in the Gulf. In May, the United Arab Emirates joined Egypt, France, Cyprus and Greece in issuing a joint statement criticizing Turkey’s actions in Libya and the Mediterranean. The Emirates and Egypt back the eastern-based Libyan National Army against the UN-recognized Government of National Accord in Libya, which is supported by Turkey.

The statement from the United Arab Emirates follows a report that some funding for the PKK has come from the Gulf country. On Monday, the London-based news outlet The New Arab reported that in recent months there have been money transfers from inside the Emirates to the PKK, citing an anonymous KRG official. Pro-government Turkish media also picked up the story.

Other entities have criticized Turkey’s recent actions in Iraq as well. The Arab League issued a statement condemning the intervention this week. Iraq also summoned the Turkish ambassador over the issue. Notably, the KRG, which has an oil-based relationship with Turkey, has not condemned Turkey’s operations, leading to criticism from Kurds.

Iraq, which has a close political economic relationship with Iran, has also not condemned Iran’s recent shelling.