Restoring the parliamentary system makes a nifty slogan for the Turkish opposition, but the panacea for the clogged political establishment is more demanding. 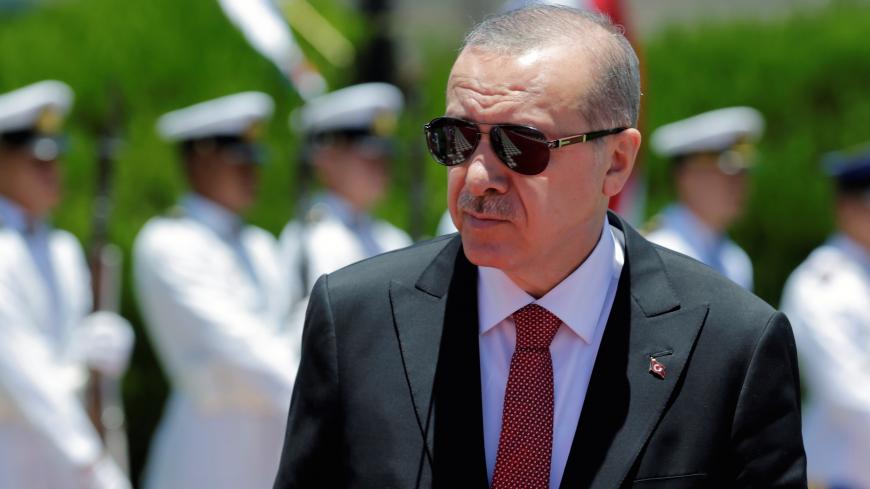 In one poll after another, Turkey’s most respected pollsters have seen a sharp decline in the vote share of the People’s Alliance. The People’s Alliance is the electoral coalition established in February 2018 between the ruling Justice and Development Party (AKP) and its ultranationalist ally, the Nationalist Movement Party (MHP).

Simultaneously, these polling agencies have posted a slight increase in the vote share of the opposition bloc known as the Nation's Alliance, which includes the largest opposition party — the Republican People’s Party (CHP) — and its ally nationalist IYI Party (Good Party).

One of the common campaign platforms for all these opposition parties is to bring back a parliamentary system. Good Party leader Meral Aksener frequently repeats that the presidential system has put Turkey in gridlock, and the only way out is to listen to the 64% of the people who wish to return to the parliamentarian setup. Others are also increasingly voicing their support for a “democratic parliamentary system.”

Ozkiraz explained that the presidential system could not deliver what it promised. Indeed, “We see regression in each issue. The economy is shrinking; the Turkish lira is losing value; unemployment and inflation are on the rise. People are also having a difficult time adjusting to a partisan president, so overall their perception of the presidential system has been negative.”

Burak Bilgehan Ozpek, a political scientist and founder of the website Daktilo1984, concurred with him, adding, “The suggestion that a speedy decision-making process will make it all right was based upon the vast public trust of Erdogan and his management skills. A prompt decision-making process also means a lack of deliberation and oversight. This increases the frequency of arbitrary decisions and decreases transparency.” Ozpek emphasized that several decisions had to be reversed.

In January 2020, the CHP documented that out of 55 presidential decrees, 24 were amendments of these decrees. The first decree itself was altered 16 times. The legislative responsibility has also shifted toward the president at an alarming rate. According to data the main opposition party published in June 2020, in the last two years, Erdogan single-handedly wrote and approved 2,229 sections, while parliament was able to discuss merely 1,429 sections of legislation. The promise of the presidential system was stability and a burgeoning economy, yet the results so far signal increasing instability.

Even People’s Alliance partner MHP has asked for reformation of the presidential system. During the ongoing coronavirus pandemic, several simple decisions had to be made and reversed, which Aksener referred to as “comical acts” urging a “fortified parliamentary system.”

Levent Koker, emeritus professor of public law, told Al-Monitor, “When we look at the political system in Turkey today, the most appropriate name is, in my view, 'super presidentialism'" — a term used for the types of authoritarian rule in the Russian Federation and in many other states of Central and Eastern Europe and Central Asia.

The president is responsible for all key nominations, and “there is no single mechanism to control or reverse these presidential decisions,” Koker said.

“Transition to this 'super presidential system' coincided with the erosion of Turkey’s then already defective multiparty politics. What has been taking place is, in fact, 'regime change' — a transition to authoritarian rule that is still qualified by some observers with the adjective 'competitive,'" explained Koker. This all came to mean a loss of Turkey’s “semi-free” and “defectively democratic” status in the world, becoming an “unfree” and “authoritarian” country with grave economic and social problems, he concluded.

However, switching back to the status quo ante is not an easy process, both legally or politically. And indeed, what is needed in Turkey is not flip-flopping between different styles of government but rather establishing a system of independent oversight and accountability. Ozkiraz emphasized that a change is inevitable, as the current system requires a simple majority to win the presidency and Erdogan is not likely to receive over 40% of the votes.

Koker analyzed two major problems to a possible restoration of the system. The legal one necessitates “a constitutional amendment procedure, which in turn requires qualified parliamentary majorities, at least 360 votes, and 400 in case of a presidential veto. Thus, it seems quite unlikely before the next presidential and parliamentary elections scheduled for the summer of 2023," he said.

The next issue is political and may indeed prove to be more challenging: a lack of agreement among major opposition parties on a restoration framework. “The major problem in this respect relates to the position of the Peoples’ Democratic Party (HDP). It is a clear fact of Turkish politics that no change in the constitution is feasible without active participation and consent of the HDP,” Koker added.

Even if we were to assume both problems are resolved, will a switch to the good old days of the parliamentary system unclog Turkish politics? Koker said, “I have to note that a restoration as such will not be able to solve the issues that had caused sequential constitutional and political crises in the past and thus served as reasons justifying a transition to present-day authoritarian super presidentialism. The aim, in my view, should not be a parliamentary restoration, but a total constitutional renewal, i.e., rewriting the constitution to get rid of the nationalist and centrist biases of the earlier (1924, 1961 and 1982) constitutions, redefining the polity to include social and political pluralism with strengthened local parliaments. Until then, it seems quite likely that Turkey, at best, will be staggering on the line between competitive and full-fledged authoritarianism.”

Snap or early elections are not likely in the next 24 months, and the People's Alliance will either expand the coalition or reform the electoral system to hold onto power. The opposition is gaining public support; however, the majority vote might not suffice to take Erdogan out of the palace.