A series of such attacks is happening as the United States and Iraq discuss the future of the US military presence in the country. 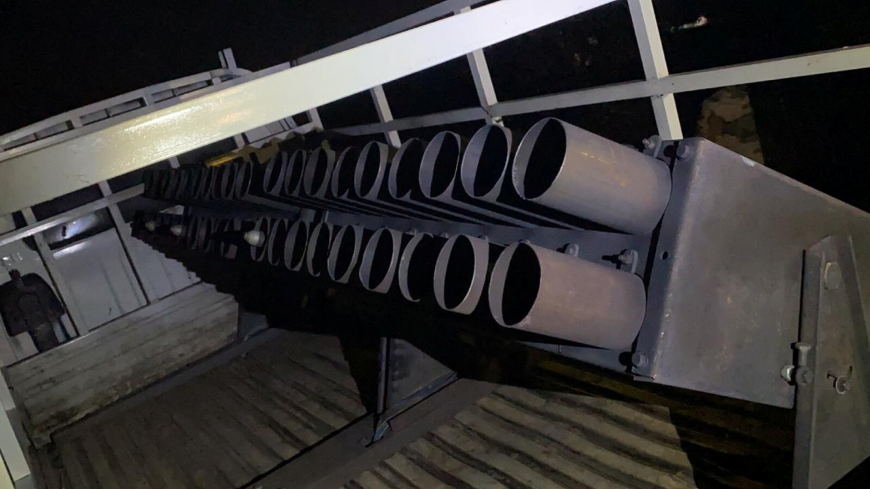 Rockets hit Baghdad’s Green Zone where the US Embassy is located Wednesday night. It was the latest in a string of such attacks by unknown groups as the United States and Iraq discuss the status of the American military in the country.

Iraq’s Security Media Cell, a part of the prime minister’s office that reports on security developments, reported that four rockets fell in the fortified Green Zone, where several embassies are located, late Wednesday night. The incident was “without human or material losses,” the cell said in a tweet. Security forces determined the rockets were fired from south Baghdad.

The attack followed several other recent rocket attacks in the Green Zone and on US and Iraqi military positions in the country. On Monday, rockets hit Baghdad International Airport, where both US and Iraqi forces are. On Sunday, Iraqi forces thwarted a rocket attack on their positions and near a base hosting US troops north of Baghdad. A rocket also landed near the Baghdad airport last week.

In a more deadly incident, two American troops and one British soldier died during a rocket attack at Camp Taji in March. The Iraqi military base hosts foreign troops who are part of the global coalition fighting the Islamic State (IS).

The US and Iraq are currently in talks on the status of US forces in the country, who are there to help Iraq fight IS. The latest talks ended last week with the United States pledging to continue removing troops from Iraq and Iraq committing to protecting US forces there.

Political pressure against the US presence increased when the United States killed Iranian commander Qasem Soleimani via an airstrike in Baghdad in January, which followed an attack by pro-Iran militia supporters on the US Embassy in Baghdad.

Several of the recent rocket attacks have gone unclaimed. The United States suspects Iran-backed Popular Mobilization Units (PMU) are behind the attacks.

Iranian state media reported yesterday that League of the Revolutionaries, a mysterious new Iraqi group that has claimed attacks on the United States before, took credit for a US military plane crash at Camp Taji last week. The US military said the incident was not the result of an attack, however. The group also claimed credit for one of the recent missile strikes on the Baghdad airport, according to Iran’s Al-Alam News Network.

Muhammad al-Waeli, an Iraq-based analyst, said the recent rocket attacks aim to drive the US military out of Iraq as negotiations continue.

“The rocket attacks sort of provide pressure on both the Iraqi government and also the Americans in Iraq in regards to the negotiation process,” Waeli told Al-Monitor. “The ones doing the attacks aim at making the Americans pull out or at least have a very limited presence.”

Waeli said the recent attacks are likely the result of Iraqi groups who are not part of the main PMU factions. He said it is possible the groups have relations with Iran but are not directly controlled by Tehran, similar to the Hamas-Iran relationship.

Several new militias claimed responsiblity for the attacks on their telegram channels. The Joint Operations Command has formed a special committee to investigate the recent attacks.

“We shouldn’t think of it as a centralized process in which Iran is supporting and controlling them and telling them when to hit and what. These groups are very likely Iraqi and they have their own agenda,” Waeli said. “For them, it’s actually safer to not have a strong, centralized connection with Iran.”