What to expect from entente between Moscow, Ankara in Libya

As Moscow intensifies its involvement in the Libyan conflict, the US State Department is stepping up pressure against Russian destabilization. 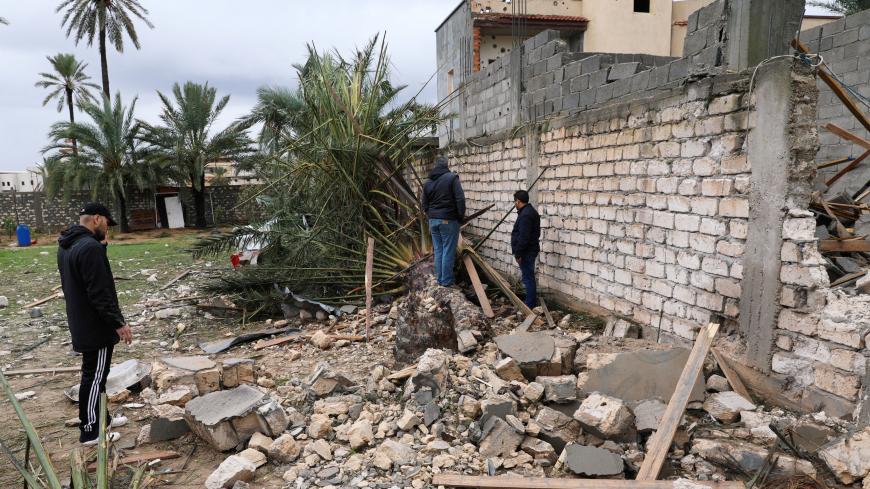 The United States is stepping up pressure on Russia amid Moscow’s intensified involvement in the Libyan conflict and its growing role in propping up Khalifa Hifter, the rebellious field marshal who commands the self-styled Libya National Army. In particular, the State Department commended the Maltese government’s May 26 announcement of its seizure of $1.1 billion in counterfeit Libyan currency printed by Russia’s Goznak and ordered by a central bank from eastern Libya affiliated with Hifter. Washington believes that this incident once again highlights Russia’s destabilizing role in Libya and the importance of countering the Kremlin.

Goznak replied that the Libya Panel of Experts under the UN Security Council did not regard the shipment of such banknotes from Russia as a breach of the sanctions regime.

In turn, Gen. Stephen J. Townsend, commander of the US Africa Command (AFRICOM), told Tunisian Defense Minister Imed Hazgui during a May 28 telephone call that he was ready to deploy the US Security Force Assistant Brigades in Tunisia, citing concerns about Russia’s activities in Libya. Tunisian and American officials also agreed to cooperate to ensure regional security and counter the escalation on the ground in response to Moscow’s heightened military activity.

“As Russia continues to fan the flames of the Libyan conflict, regional security in North Africa is a heightened concern. We’re looking at new ways to address mutual security concerns with Tunisia,” read the AFRICOM statement.

Earlier, on May 26, AFRICOM reported that Russia had allegedly flown fighter jets to the air bases controlled by Hifter’s air force. AFRICOM representatives said that Russia had dispatched up to 14 MiG-29 and Su-24 fighters to Libya. However, the data provided by Libyan Interior Minister Fathi Bashagha seems more plausible. He said six Russian MiG-29s and two Su-24s are now at the disposal of the Eastern Libyan military forces.

Although Russia undoubtedly had something to do with the supply to Libya, the jets in question can no longer be considered Russian as they have been handed over to Hifter’s air force and now belong to it. Therefore, it can only be a matter of Russia breaching the arms embargo rather than proper military deployment in Libya. Consequently, the Turkish air defense systems deployed in Libya can destroy these fighters without causing direct confrontation with Russia. Turkey’s Hawk missile systems at Libyan military bases and G-class frigates (ex-Oliver Hazard Perry class) equipped with Standard anti-air missiles off the Libyan coast significantly reduce the possibility of these jets being used. One should bear in mind that the MiG-29 is first and foremost a fighter-interceptor with very limited combat capabilities that can threaten Turkish drones flying over the LNA positions more than GNA ground units and military facilities.

In addition, it cannot be ruled out that the jets were deployed to Libya from the arsenals of President Bashar al-Assad’s air force rather than from Russia. The dispatch of the Syrian MiG-29 was reportedly negotiated in April. Russia handed over a group of advanced MiG-29s to the Syrian air force on May 30, at the Russian Khmeimim air base. Syria may have received the fighters in return for those sent to Hifter. Thus, Russia is trying to use Syria to protect itself from possible sanctions for dealings with Hifter. According to some reports, Syrians and Palestinians residing in Syria are now increasingly recruited to engage in military operations in Libya on the side of the LNA. Specifically, the Palestinian Liwa al-Quds militia loyal to Assad is poised for deployment to Libya and it appears that the fighters will be able to replace Russian mercenaries. The plan is indicative of Russia’s intentions to conceal its pro-Hifter role, reassigning it to the Syrian regime. Such tactics resonate with the UAE, the major sponsor of the field marshal that is also mending fences with an economically desperate Syria. In fact, Abu Dhabi may lend a financial hand to Damascus.

Involved in the recruitment of Syrians and the supply of warplanes for Hifter, Russia, however, does not seek to turn the tide of war. Moreover, the measures taken are not supposed to allow the LNA to launch an offensive against Tripoli. Rather, they are to ensure the army’s continued combat effectiveness amid its military setbacks, to prevent the collapse of the front and to check the advance of the GNA and Turkish forces.

Moscow is consistent in its plan to withdraw political support for Hifter, who constitutes a major impediment to the peace process launched at the Berlin conference on Libya. Apart from wanting Tobruk and Tripoli to engage in direct talks, Russia seeks to see the promotion of House of Representatives speaker Aguila Saleh’s peace plan prepared by Russian experts. Ankara, in turn, realizes that it will be hardly possible to get the upper hand over the LNA while it is supported by Russia. Thus, Moscow and Ankara must have agreed on the necessity to relaunch the Berlin peace process kick-started in January 2019, but on their terms, which would secure a leading role for Russia and Turkey in the Libyan settlement.

In a May 18 phone call between the two countries’ leaders, both Putin and Erdogan highlighted “the need for the quick resumption of an indefinite truce and inter-Libyan dialogue based on the decisions of the Berlin international conference.” Shortly after the statement, the Russian mercenaries pulled back from the front line near Tripoli, with the Wagner Group forces leaving Tarhuna for Bani Walid and Juffra. The step could make Hifter more receptive to the peace initiatives, having stripped him of support and shown the futility of further attempts to capture Tripoli. With no Russian military support, the LNA had to withdraw from many key points near the capital city. It's possible that Moscow did so partly to satisfy GNA leader Fayez Sarraj’s demands. Back in January 2019, at the Moscow negotiating table, he conditioned his consent on a cease-fire and talks with the opposing party upon the LNA’s return to the line of departure.

As Jalel Harchaoui, a research fellow in the Hague-based Conflict Research Unit of the Clingendael Institute, told Al-Monitor, “The withdrawal of Russian mercenaries reflects a one-time entente between Moscow and Ankara. The Wagner Group has taken away its contribution to Hifter's offensive in the south of Tripoli. At the same time, it strengthened the defense of Jufrah and Sirte, knowing that it effectively has the option to block any potential GNA incursion into the south.”

Undoubtedly, other states involved in the Libya crisis are uncomfortable with the steps taken by Russia and Turkey. In addition to the United States, other parties concerned will try to prevent the Russia-Turkey tutelage over the peace process. Russia has not become part of an anti-Turkey alliance announced by Egypt that includes Greece, Cyprus, the UAE and France to confront Turkish moves in Libya and the Eastern Mediterranean. Russia may also have covert areas of common interest with Turkey in the region. For example, implementing the Turkish-Libyan agreement on maritime boundaries could hamper the construction of Egypt-Cyprus-Israel gas pipelines to Europe. Russia will have fewer competitors for the gas it supplies to the EU via Turkey.