Kuwait to resume daily prayers at some mosques despite coronavirus concerns

Mosques in residential and sparsely populated areas can resume daily prayers with worshippers in attendance, the Ministry of Awqaf and Islamic Affairs announced. 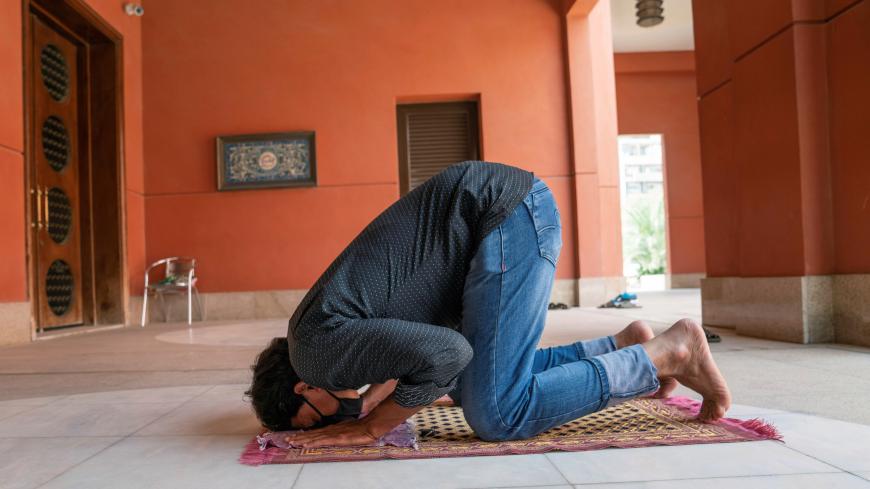 A man wearing a protective face mask prays on the first day of the holy month of Ramadan in the hallway of a mosque closed due to the outbreak of the coronavirus, Kuwait City, Kuwait, April 24, 2020. - REUTERS/Stephanie McGehee

Daily prayers will return to a limited number of mosques across Kuwait some three months after they were banned to prevent the spread of the coronavirus.

“The reopening of mosques to receive worshippers comes to respond to the call for prayer,” Afasi said, according to Kuwaiti daily newspaper Al Rai.

The Friday noon prayers and sermon, however, will only be performed at the Grand Mosque in Kuwait City with staff in attendance. The prayers will be broadcast on state-run television.

The Ministry of Health announced 662 confirmed cases on Monday, bringing the total number to 32,510 and a death toll of 269. Of the new infections, many are expat workers from India, Egypt and Bangladesh, health officials said.

As the tiny Gulf state grapples with an economic slowdown and collapsing oil prices, the country’s prime minister proposed last week reducing its percentage of foreign residents from 70% to 30%. Foreigners make up an estimated 3.4 million out of Kuwait’s 4.8 million population.

This week, the Health Ministry said the first shipment of Japanese anti-viral drug Avigan, which has reportedly shown promising results in trial settings, will arrive in Kuwait.