No group has claimed responsibility for the attack Monday. 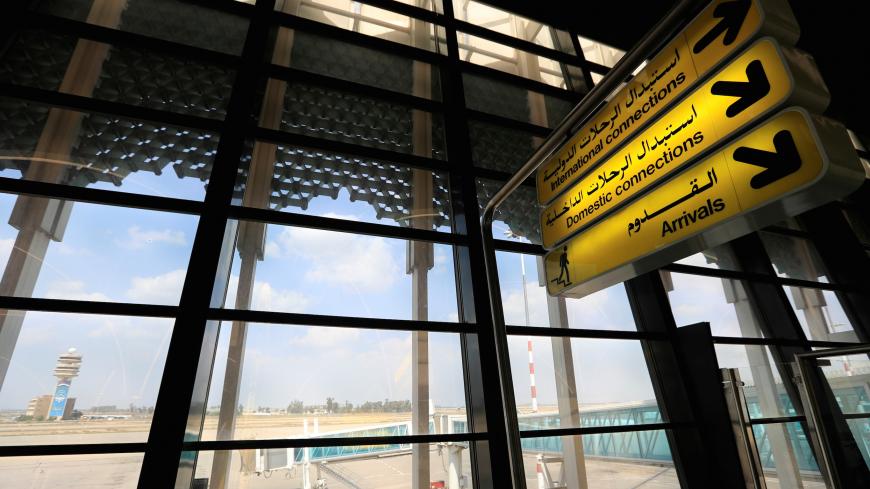 A view of Baghdad International Airport after Iraq suspended flights at its domestic airports as the coronavirus spreads, in Baghdad, Iraq, March 17, 2020.

In a statement posted to Twitter, the government’s Security Media Cell said the rocket was launched from south of the airport and there were no damages from the attack. No group immediately claimed responsibility, but the cell said security forces are searching for those behind the rocket attack.

Iran-backed militias are suspected in a number of rocket attacks near the capital in recent months. In March, a barrage of rockets struck a military base north of Baghdad, killing two Americans and one British servicemember.

The Pentagon blamed the attack on Iran-backed militia Kataib Hezbollah and retaliated with strikes on the Shiite group’s weapons depots.

A rocket attack that killed an American contractor in Kirkuk last December set off a tit-for-tat that brought the United States and Iran to the brink of war. The hostilities peaked with the US drone strike on Iranian commander Qasem Soleimani in January. Also killed was Abu Mahdi al-Muhandis, the founder of Kataib Hezbollah and leader of Iraq's paramilitary forces known as the Population Mobilization Units.

Monday’s attack comes as the United States and Iraq prepare to hold a “strategic dialogue” this week to discuss a wide range of issues including the future presence of US troops in the country.