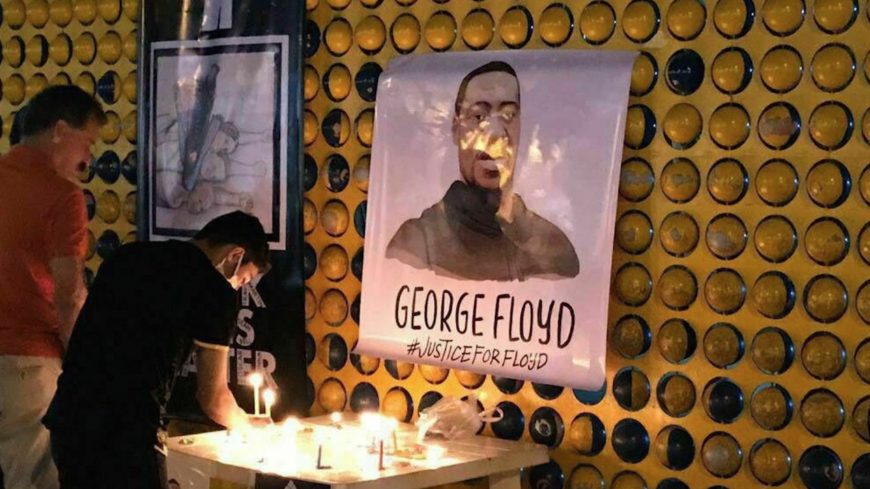 “It is no novelty. … It is what the US governments have been doing to the world,” said Iran’s Supreme Leader Ayatollah Ali Khamenei in his first public reaction to the killing May 25 of African-American George Floyd at the hands of a white police officer. While Derek Chauvin, the white officer, was initially the only one charged in the case, Minnesota Attorney General Keith Ellison announced today that the three other officers involved in the incident would also face charges.

According to Khamenei, the scene of “a cop kneeling on a black man’s neck and letting him choke to death … is the nature of the American government. They have done the same to such countries as Iraq, Afghanistan and Syria.”

Khamenei touched upon Floyd’s last words, “I can’t breathe,” which have characterized the recent anti-racism protests across the United States. “It is a slogan that speaks for the hearts of all nations oppressed by the United States,” Khamenei declared in his televised speech, likening the ongoing “turbulent” situation triggered by the “cold-blooded” killing to “the sludge at the bottom of a pool” that is now visible on the surface.

Last November, Khamenei faced nationwide protests in his own country over contentious fuel price hikes that brought thousands of Iranians to the streets. Back then, Khamenei called some of those protesters “thugs,” linking them to foreign enemies. It took Iranian authorities nearly seven months to come out and admit the deaths of at least 200 protesters in the crackdown.

Khamenei’s speech today marked the anniversary of the death of the founder of the Islamic Republic, Ruhollah Khomeini. The Iranian leader had in the past three decades addressed the typically crowded, state-organized ceremony in Khomeini’s mausoleum outside Tehran. This year’s event, however, was canceled for the first time due to fears of the coronavirus pandemic, which has killed over 8,000 Iranians so far.

The Iranian government continues to remain under fire for its handling of the outbreak, facing multiple allegations from the cover-up of statistics to the hoarding of much-needed protective gear. Yet Khamenei chose not to address the response at home and instead highlighted the situation in the United States, blaming government “mismanagement and corruption” for the alarming coronavirus mortality and infection rates in the enemy country.

Among those infected in the United States was Iranian scientist Sirous Asgari, who contracted the virus while in custody of the US Immigration and Customs Enforcement Agency. Hours before Khamenei’s address, a mask-wearing Asgari, who has now recovered from the disease, was greeted by his family upon landing in the capital city of Tehran.

The case of the Iranian scientist came under particular spotlight as he made a plea to be hospitalized after testing positive for COVID-19, complaining about the “dirty place” where he was being kept. Asgari endured a three-year-long ordeal in US detention, and his return home was made possible nearly seven months after his acquittal on charges related to scientific data theft brought against him by US prosecutors.

Both Iranian and American officials have dismissed speculation that the release was secured as part of a possible prisoner swap deal. The Islamic Republic has in the past two years persistently made overtures to US authorities for prisoner swaps. The last of such deals was clinched in December when the release of Princeton graduate Xiyue Wang put an end to the US incarceration of Iranian scientist Masoud Soleimani. The swap was mediated by the Swiss government, which protects American interests in Iran.

Eighteen other Iranians are still serving time in US detention centers, mostly for “circumventing sanctions.” Four Americans held in Iran, on the other hand, have been facing what the Islamic Republic calls “security” charges. Navy veteran Michael White is one of those US nationals — one of among thousands of convicts to which Iran recently granted medical furloughs amid worries about coronavirus transmissions inside its prisons. Nevertheless, White has yet to return home and stays in the care of the Swiss Embassy in Tehran.