A spokesperson for the militant group said Israel's planned West Bank annexation would be seen as a "declaration of war." 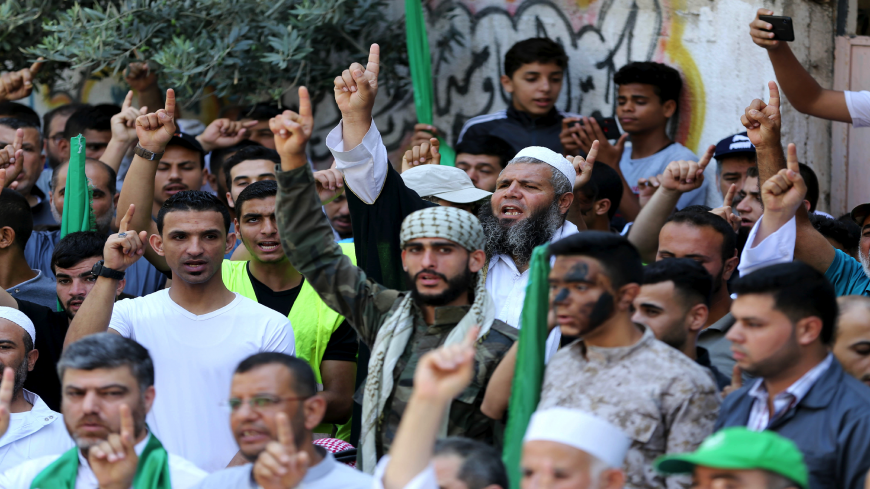 “If Hamas tests us, they will pay a heavy price,” Gantz said Monday.

The Gaza-based militant group fired rockets last Friday in Israel’s direction a day after its spokesperson warned that annexation would be seen as a “declaration of war.” Israel’s air force responded by striking two Hamas sites in the southern Gaza Strip.

“The occupation and those who stand behind it need to understand very well: The resistance considers this decision a declaration of war on our Palestinian people,” Obeida said in a statement.

“Israel will not accept any excuses,” Gantz said.

Israeli Prime Minister Benjamin Netanyahu has said his government will begin the process of annexation as soon as Wednesday, conditional on US approval. Under the plan, up to 30% of the West Bank, including Jewish settlements and fertile Jordan Valley, would be incorporated into Israel.

But Gantz, Netanyahu’s main coalition partner, suggested Monday that annexation may need to wait until after Israel deals with its coronavirus outbreak. Citing a source close to the former army chief, The Times of Israel reported Gantz told US diplomats that July 1 was not “a sacred date.”

Additionally, American sources familiar with the negotiations told The Jerusalem Post that annexation would not be happening as planned on Wednesday.

“Annexation is illegal. Period,” Bachelet said in a statement, adding, “I am deeply concerned that even the most minimalist form of annexation would lead to increased violence and loss of life."