Experts doubt the resumption of trilateral negotiations to resolve the Nile dam dispute will yield results amid Ethiopia’s intransigence to begin filling operations in July. 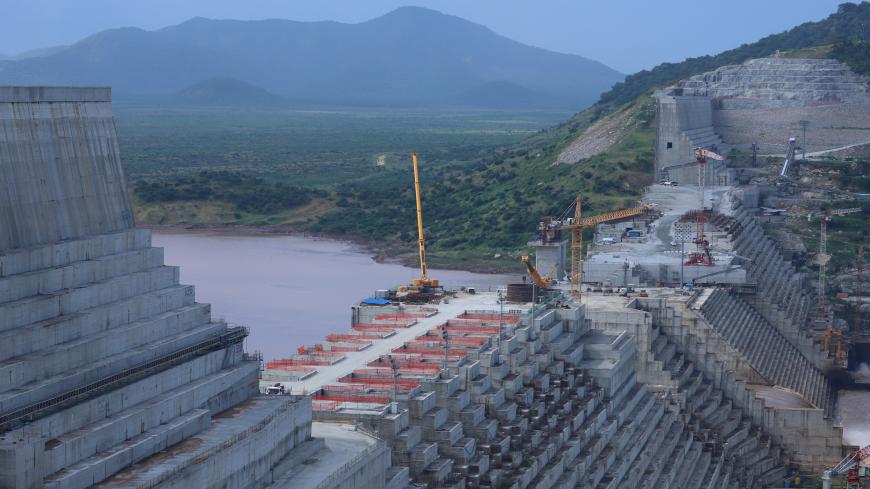 CAIRO — Since the prime ministers of Egypt, Sudan and Ethiopia agreed May 21 to resume technical negotiations to look into a consensual formula to resolve the dispute over water storage and operation of the Grand Ethiopian Renaissance Dam (GERD), the technical committees of the three countries have started arrangements to agree on an agenda and meeting date. But no results have been reached yet. Meanwhile, anticipation is rising, and there is increased caution about potential consensual solutions, with Ethiopia’s insistence on beginning the filling of the dam in July.

Egypt’s Ministry of Foreign Affairs had set a condition in a press statement May 21 that technical meetings shall resume based on the outcome of the Washington negotiations in February and shall be limited to agreement on the pending issues in the operation and filling of the GERD. The ministry underlined the importance of the seriousness and constructiveness of the scheduled meeting and of reaching a fair, comprehensive and balanced agreement.

The negotiations between the ministers of foreign affairs and water of Egypt, Sudan and Ethiopia took place from November 2019 to February under the political and technical patronage of the World Bank and the United States. They reached a comprehensive agreement formula that included specific rules to fill and operate the GERD and measures to face the drought, extended drought and years of scarcity. They also agreed on a coordination mechanism and a binding mechanism to resolve conflicts, and discussed the safety of the GERD and the completion of environmental studies. Egypt has initialed the agreement drafted by the United States and the World Bank, while Ethiopia refused it and withdrew. Meanwhile, Sudan postponed its signature until the three countries agree on all the terms — but there was no official announcement on its stance.

Ever since the Washington negotiations failed due to Ethiopia’s withdrawal, the Egyptian Ministry of Foreign Affairs has been calling for putting the agreement reached in Washington to fill the GERD on hold until a comprehensive formula that specifies the rules of operating and filling the dam is ratified. Ethiopia tried to pass the first filling process of the dam to be able to conduct the pilot operation of the turbines and power generation by proposing a partial agreement with Egypt and Sudan in mid-March, but both countries refused to sign said agreement.

A well-informed government official on the Nile water issue told Al-Monitor on condition of anonymity, “Egypt’s return to the negotiation table confirms its stance to seek a fair and balanced solution that serves all parties. Egypt has been calling on Ethiopia to return to the negotiations and respect the outcomes of the Washington meetings, ever since its sudden withdrawal from them on Feb. 28. The diplomatic escalation and moves were a normal reaction to the Ethiopian obstinacy and unilateral decisions to fill the dam reservoir without signing the agreement.”

The source added, “The agenda of the technical meetings is still being deliberated between technical experts and water ministers in the three countries.”

Egypt’s return to the negotiations has been faced with intense caution and fear from observers of the Nile water issue in Egypt. Technical, political and legal experts voiced their fears on social media about Ethiopia taking advantage of Egypt and Sudan’s agreement to return to the negotiations to gain time. They think Ethiopia is trying to put the two countries in front of a reality by starting to fill the dam in July and ensuring there is no diplomatic escalation against it.

Mousaed Abdul Aty, professor of international law at Cairo university, told Al-Monitor, “It is no use returning to the negotiations in a strictly technical manner as Ethiopia continues its preparations to begin filling the dam reservoir in July. For the negotiations to succeed, the only condition is to halt any activities to fill the reservoir until the pending technical issue is resolved and a comprehensive filling and operation agreement is signed.”

Abdul Aty stressed “the need to have a clear and binding time frame for any upcoming negotiations, since more than five years have been lost on repeated meetings that did not achieve any of their goals since the signing of the Declaration of Principles in March 2015.”

Sudanese international law expert Ahmed al-Mufti wrote on his Facebook page May 21, “The Sudanese negotiation delegation demands clear conditions before engaging in technical talks with Ethiopia once again, including Ethiopia’s commitment to halt construction operations of the dam and the expected filling plan in July, until a final comprehensive agreement is signed between the three countries to control storage and filling operations.”

He continued, “If Ethiopia does not commit to the agreement, any new technical talks will be useless. They will just squander Sudan’s rights and give Ethiopia more time to continue its construction operations of the dam and start filling it without international objection.”

Although Sudan mediated a resumption of negotiations between Egypt and Ethiopia, Sudanese Minister of Foreign Affairs Asmaa Mohammed Abdullah sent a letter to the UN Security Council on June 2, explaining Sudan’s stance. He said his country has been following the principle of goodwill since the beginning of the crisis, and has abided by the UN Convention on the Law of the Non-Navigational Uses of International Watercourses, which stipulates the fair and equitable use of water without causing dire risks to other countries, in addition to the peaceful resolution of conflicts.

Abdullah further called on the Security Council to prevent the disputing parties from taking unilateral measures that jeopardize international and regional peace and security.

Commenting on Sudan’s letter to the Security Council, Sudanese Minister of Irrigation and Water Resources Yasser Abbas reassured in a June 2 statement to the Sudanese news agency that “the letter was not an escalation against any negotiating party and did not side with any party either. It was just a confirmation of Sudan’s right.”

The letter to the Security Council came amid political escalation between Ethiopia and Sudan due to the border conflict. On May 28, Sudanese army spokesman Amer Mohammad al-Hassan warned of “a full-blown war with Ethiopia after Ethiopian militias tried to take water from Atbarah River and plant Sudanese lands without Khartoum’s approval. Clashes erupted, killing a Sudanese officer and injuring six others.”

Before announcing the agreement on the resumption of negotiations, the Ethiopian ministers of water and foreign affairs had met with political party delegates May 28, to reiterate Ethiopia’s sovereign stances to continue building and filling the dam. Minister of Water Seleshi Bekele said, “Egypt is leaning toward invoking its so-called historical rights to water, which Ethiopia cannot accept.”

The resumption of technical negotiations will succeed or fail depending on the speed of the ministers of water in deciding on an effective agenda for the unresolved issues, despite the ongoing political tensions between the three countries.