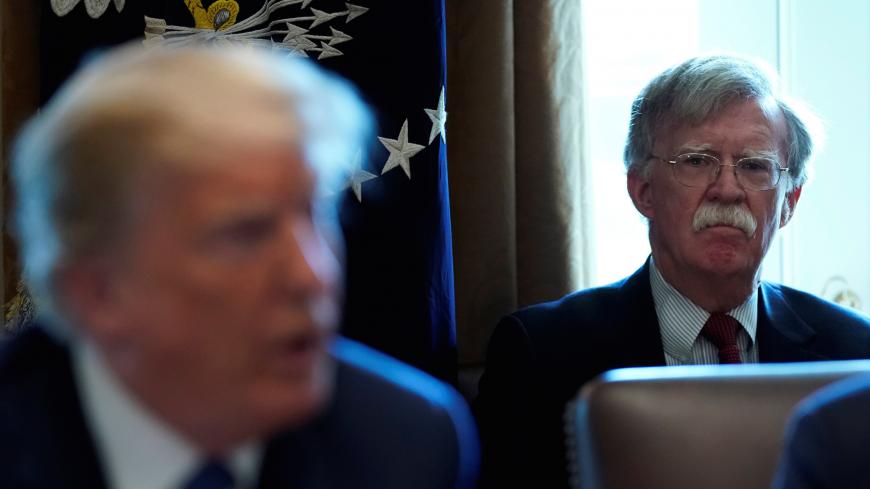 The Justice Department has levied a series of charges against Turkey’s state-owned Halkbank for its role in a 2012 Iran sanctions evasion scheme. Bolton claimed that Erdogan, who allegedly used the bank for improper personal dealings, had frequently asked Trump to drop the case against Halkbank official Mehmet Atilla. The former national security adviser said Trump had asked him to call former Acting Attorney General Matthew Whitaker to get him to drop the case. Bolton says he never followed up on the request.

Why it matters: Ankara’s frequent attempts to get the Trump administration to drop the Halkbank charges had caught the attention of some US lawmakers even before the explosive allegations in Bolton’s book.

“Reporting on John Bolton’s book confirms that Donald Trump attempted to interfere in a criminal investigation into the largest sanctions violations scheme in US history as a favor to Turkish President Erdogan,” said Ron Wyden of Oregon, the top Democrat on the Senate Finance Committee. “I have been investigating potential political interference by Donald Trump as it relates to Turkey and sanctions enforcement, and this damning evidence corroborates what my investigation has uncovered to date.”

What’s next: Although most of the US media attention is focused on Bolton’s claim that Trump asked China to help him with his reelection campaign, his book is likely to prompt lawmakers to double down on their inquiries into the Halkbank allegations.

“If John Bolton has an interest in serving his country, as opposed to selling books, he will respond promptly to my forthcoming request for more information about Donald Trump’s relationship with Turkey,” said Wyden.

Schiff also noted that he would consult with House Speaker Nancy Pelosi, D-Calif., on potential next steps.

Know more: Bolton’s allegations come at a particularly inconvenient time for Ankara as it seeks to improve its relations with the United States, the European Union and Israel. Fehim Tastekin has the full story here.