The country's Interior Ministry also announced a new round of hefty fines for quarantine violators. 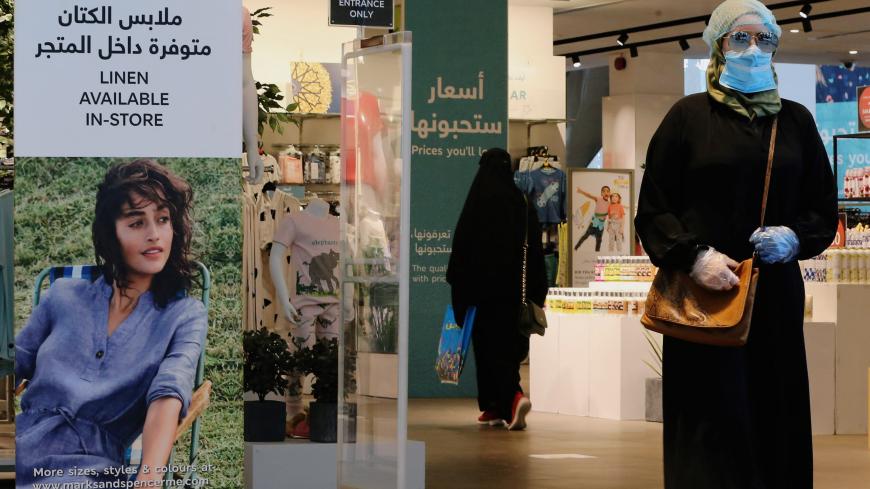 A woman wearing a protective mask to protect against COVID-19 walks at a shopping mall after the Saudi government eased a curfew and allowed stores to open, in Riyadh, Saudi Arabia, May 2, 2020. - REUTERS/Ahmed Yosri

Saudi Arabia has banned gatherings of more than five people and announced the formation of a special police unit to enforce the new regulation.

A newly formed police unit, according to the Saudi-based Arab News, will enforce the new social distancing regulations.

Non-Saudi residents who violate the coronavirus mitigation measures will be deported and barred from reentering the country, the Interior Ministry said this week. Anyone who purposefully spreads the virus will be fined 500,000 riyals ($133,000) and be given up to five years in prison.

Saudi Arabia has joined a number of other Middle Eastern countries in relaxing some restrictions intended to curb the spread of the virus. In late April, the kingdom allowed businesses and markets to reopen and lifted a ban on travel into and out of the eastern Qatif province, which it sealed off in March.

A 24-hour curfew has been lifted in all areas except Mecca.