The Syrian Observatory for Human Rights reported that the news coincides with tensions between Kurdish and Russian forces over the M4 highway. 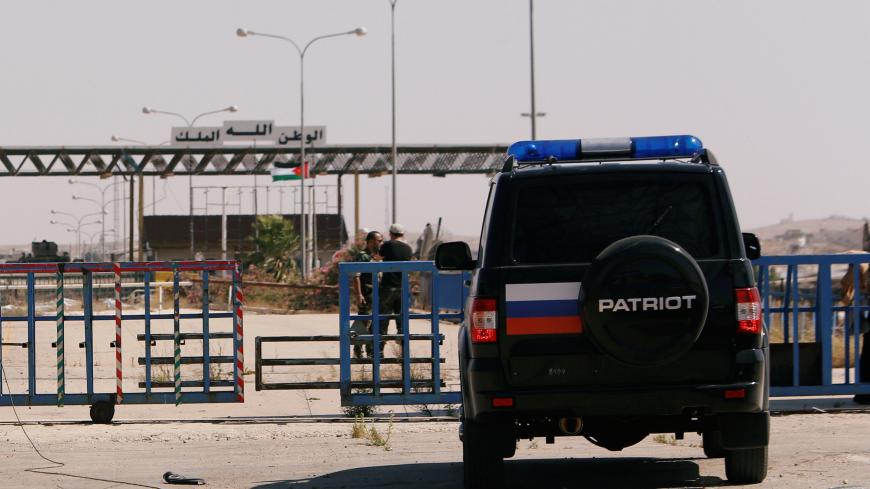 Russian and Syrian forces are seen at the Nasib border crossing with Jordan in Daraa, Syria, July 7, 2018. - REUTERS/ Omar Sanadiki

Russia is building a new military base in the Kurdish enclave in northeast Syria, a UK-based monitoring group reported today.

Russian forces are making the base in Qeser Dib, a village outside of al-Malikiyah near the Turkish border. The troops installed radar and brought 12 armored vehicles to the area, according to the Syrian Observatory for Human Rights.

Al-Malikiyah is a mixed Kurdish-Christian area. It is also one of the closest towns to northeast Syria’s border crossing with the Kurdistan Region of Iraq.

This part of the autonomous administration of north and east Syria territory is the location of Russian, American and Turkish military activity. Both the United States and Russia patrol the area, and the United States sometimes prevents the Russians from passing through — creating tensions. Turkey and Russia have also conducted joint patrols near al-Malikiyah.

Relations between Russia and the Syrian Democratic Forces (SDF) — the Kurdish-led and US-backed armed group that controls much of northeast Syria — are mixed. The US military says Russia is trying to get Arab communities in northeast Syria to cut their ties with the SDF. The co-chair of the SDF’s political wing, the Syrian Democratic Council, also told the Kurdish outlet Rudaw that Russia wants to create “sedition” in northeast Syria when it comes to the Arabs and the SDF. The SDF is a multiethnic group with Kurdish, Arab, Christian, Yazidi and Turkmen fighters.

The SDF does not fight Russia, though, and its primary enemies are the Islamic State (IS) and Turkey. Turkey attacked northeast Syria in October due to its opposition to Kurdish groups being stationed along its border and IS continues attacks in the area. The SDF received help from Russia’s ally, the Syrian government, during the battle with Turkey and the Syrian government rules some parts of the otherwise SDF-controlled cities of Qamishli and Hasakah.

The Syrian Observatory for Human Rights also reported today that Russia prevented commercial trucks from traveling along the M4 highway between Hasakah in SDF territory and government-controlled Aleppo.