Qatar to dole out $55,000 fines, jail time for not wearing face masks

Masks are mandatory for all Qataris who leave their homes, except when driving alone. 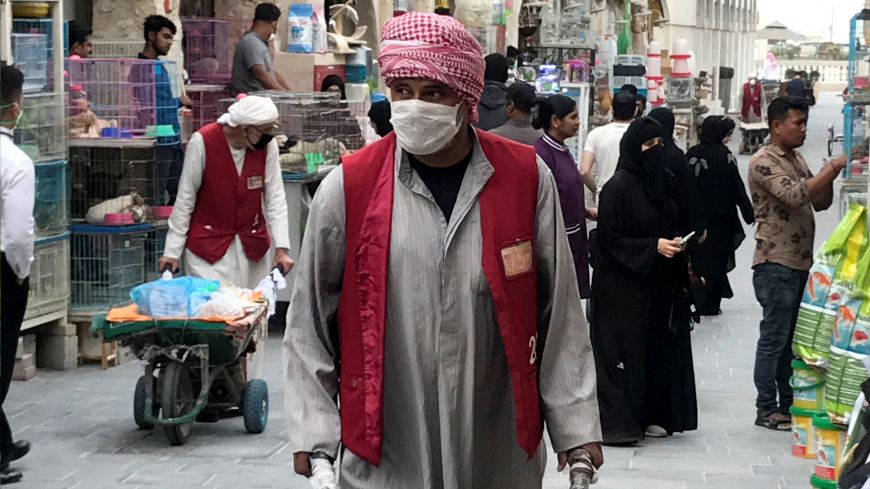 Starting May 17, it will be mandatory to wear masks outdoors in Qatar except for people driving by themselves. Here, a man wears a protective face mask following the outbreak of the coronavirus as he pushes a cart (unseen) in the souq Waqif in Doha, Qatar, March 12, 2020. - REUTERS

Beginning Sunday, wearing face masks in public will be mandatory across Qatar, with violators at risk of jail time and up to $55,000 in fines.

Masks will be mandatory “upon leaving the house for any reason” except when “alone while driving a vehicle,” the Qatar News Agency reported Thursday. The regulations will remain in place “until further notice.”

The small Gulf country of some 2.7 million has one of the world’s highest rates of infection, but a relatively low death toll. Qatar health officials have so far registered 29,425 cases of the coronavirus and 14 deaths.

Dr. Abdullatif al-Khal, co-chair of Qatar’s National Pandemic Preparedness Committee, said Thursday there had been 1,000 new cases reported each day of the past week. They grew by 1,153 the next day. The spike in infections suggests the virus is at the beginning of its peak, not the end as hoped, he said.

He urged Qataris to stay at home during the remainder of Ramadan, including the Eid Al-Fitr holiday next weekend.

In addition to a stay-at-home order, the government has closed schools, restaurants and mosques and imposed restrictions on travelers from abroad.

State-owned Qatar Airways, however, has continued service throughout the pandemic to several Asian, European and North American destinations. The Gulf carrier is expected to pick up more flights later this month.