The Gulf carrier that has continued to fly during the pandemic crisis previously announced it was cutting jobs. 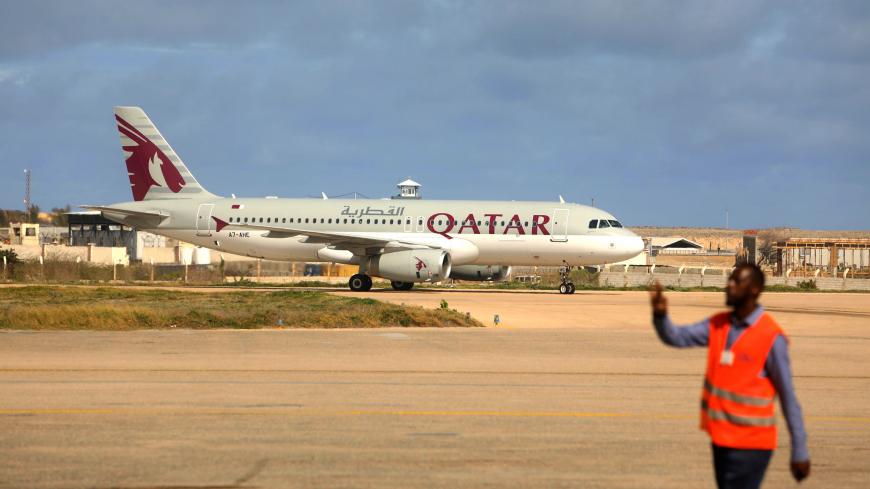 A Somali aviation worker prepares to receive a Qatar Airways Airbus A320-200 as it makes its maiden arrival at the Aden Abdulle International Airport in Mogadishu, Somalia, July 1, 2019. - REUTERS/Feisal Omar

Qatar Airways is seeking billions of dollars in loans after announcing job cuts and deferrals of employee pay.

The Gulf country’s national airline is currently in talks with three banks, speaking to each of them bilaterally, Reuters reported today.

Qatar Airways still operates regular flights to multiple destinations in Asia, Europe and North America, whereas other Middle Eastern airlines have stopped almost all of their flights.

However, the airline, like others, has experienced massive revenue losses lately due to the novel coronavirus pandemic and accompanying downturn in global travel.

The news is the latest sign of hardship for the airline. Qatar Airways announced it would cut an unspecified number of jobs yesterday to enable it to stay afloat.

“The unparalleled impact on our industry has caused significant challenges for all airlines and we must act decisively to protect the future of our business,” Qatar Airways said in a statement sent to Al-Monitor.

Last month, Qatar’s CEO also said the airline would defer some employees’ salaries to save costs and enable it to keep flying.

Despite these financial troubles, Qatar Airways also announced yesterday that it plans to expand its current list of 30 destinations to more than 50 in May and 80 in June. Its plans include resuming flights to some Middle Eastern hubs, including Amman.

Qatar Airways’s Gulf rival Emirates is also having discussions with lenders, according to Reuters.