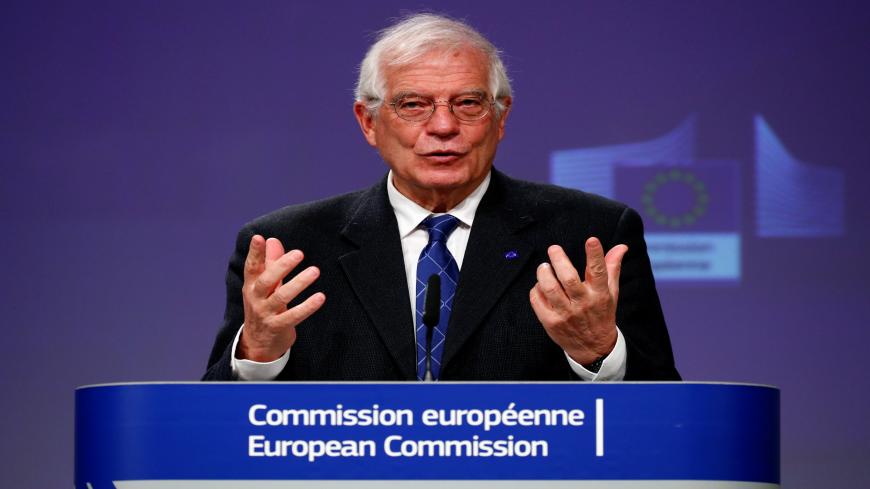 The European Commission considers imposing sanctions on Israel if Jerusalem decides to advance its annexation plan this summer. Foreign ministers of the European Union are expected to discuss the issue at their next monthly meeting on May 15, one day after the swearing-in of Israel’s new government. According to the unity agreement between the Likud and Blue and White parties, Prime Minister Benjamin Netanyahu could present a plan for annexing parts of the West Bank as early as July 1.

The issue has not been declared yet on the foreign ministers’ agenda, but this has often been the case with discussions on the Israeli-Palestinian conflict. According to reports, EU foreign policy chief Josep Borrell is pushing for sanctions, alongside France, Sweden, Ireland, Belgium and Luxembourg, but there are other member states opposing such a move.

Speaking at the daily press briefing May 11, EU spokesman Peter Stano refused to go into details, reiterating former statements that “annexation is contrary to international law and if annexation goes ahead, the EU will act accordingly.”

James Cleverly, British junior Foreign Office minister, said yesterday that the United Kingdom would not support an Israeli annexation of parts of the West Bank, as such a move would turn the two-state solution with the Palestinians almost unfeasible.

On April 30, a group of 11 European ambassadors in Israel expressed their countries’ objections to any annexation plans.

In terms of procedure, the European ministers would need to ask the European Commission and the EU foreign policy division, the European External Action Service, to draw up a list of optional sanctions. But European diplomats have already hinted at some possibilities, mainly in the economic sphere. For example, the EU could threaten excluding Israel from participating in its research and innovation framework Horizon Europe, slated to run between 2021 and 2027. Israel has benefited for a similar research plan that comes to its end this year. In another strong step, the EU could threaten to pull out of the Open Skies Agreement with Israel, an agreement which it has yet to ratify. The EU could also threaten to suspend its Association Agreement with Israel, which establishes trade relations between them, though according to European diplomats such a possibility is highly unlikely.

Israeli diplomats who spoke to Al-Monitor believe that the ministers will issue a general warning to Israel on May 15, not entering into details, as more concrete steps would require large approval by the 27 member states. Hungary, Romania, the Czech Republic and perhaps more member states are expected to reject specific warnings.