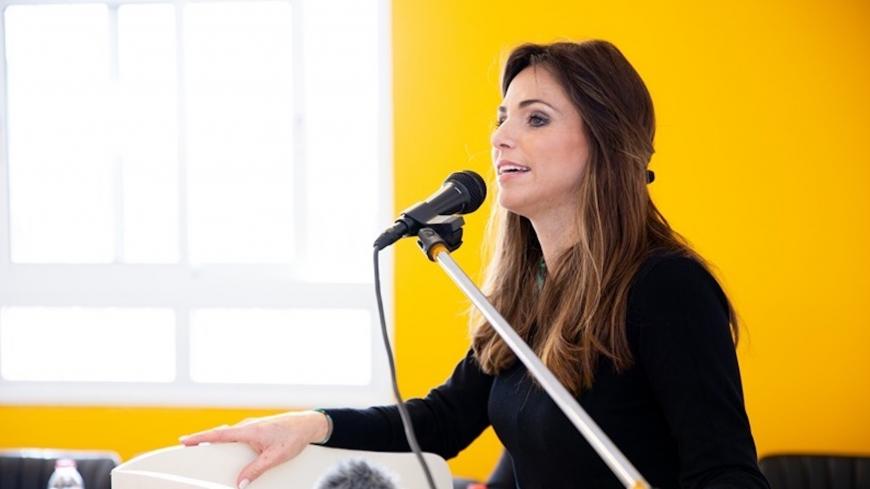 The swearing-in ceremony of Israel’s new government was delayed yesterday, May 14, and pushed to Sunday as Prime Minister Benjamin Netanyahu struggled to distribute some ministerial portfolios. The unity deal between Netanyahu’s Likud and Blue and White divides 34 ministries and leadership of Knesset committees equally between the two parties. Each party is responsible for offering ministerial positions to the smaller coalition partners in its respective political camp.

Contrary to Netanyahu, Blue and White leader Benny Gantz had finished the allocation of ministerial portfolios to his party members and partners on time. It included the Ministry of Diaspora Affairs, allocated to Blue and White Knesset member Omer Yankelevich.

Yankelevich is not a new face in Israel’s civil society, but her nomination as minister generated many reactions, as she will be the first female ultra-Orthodox minister in Israel’s political history. Yankelevich will be taking over this position from another religious woman: Tzipi Hotovely of the Likud. Hotovely defines her-self as "religious right-winger," but is certainly not part of the ultra-Orthodox community.

The new minister-to-be was born to secular parents who adopted an ultra-Orthodox lifestyle and beliefs when she was very young. She studied in ultra-Orthodox institutions, including teaching studies in the United Kingdom, but then continued to a master's degree in law at Bar Ilan university. Her studies in Bar Ilan also marked the beginning of her social activism. In 2015 she founded the "Just Begun" foundation, which sponsors social initiatives to help integrate peripheral populations, especially from the ultra-Orthodox community. Contrary to some other ultra-Orthodox politicians, she also has experience with dialogue groups among sectors in Israeli society and has met with Jewish Reform and Conservative leaders. In 2019, she joined the Israel Resilience party, which later became part of Blue and White. She was elected to the Knesset with the Blue and White first in April 2019, then in September 2019 and again in March 2020.

At the moment, only six women have received ministerial positions in the new government. The most senior is the Likud’s Miri Regev, who will head the Transportation Ministry for the first year and a half until Netanyahu hands over premiership to Gantz. Then she will switch over to the Ministry of Foreign Affairs.

While the diaspora portfolio is not considered a major ministry, it will certainly offer Yankelevich visibility both inside Israel and abroad. It will also put her in a position to confront sensitive issues in the relations between the ultra-Orthodox community, the government, Israeli society and Jewish diaspora, such as Pluralistic Judaism prayer by the Western Wall or conversions to Judaism.