The Donald Trump administration on Wednesday announced that the United States will renew a sanctions waiver for Iraq to continue importing Iranian electricity shortly after Prime Minister Mustafa al-Kadhimi managed to form a new government following months of political gridlock. 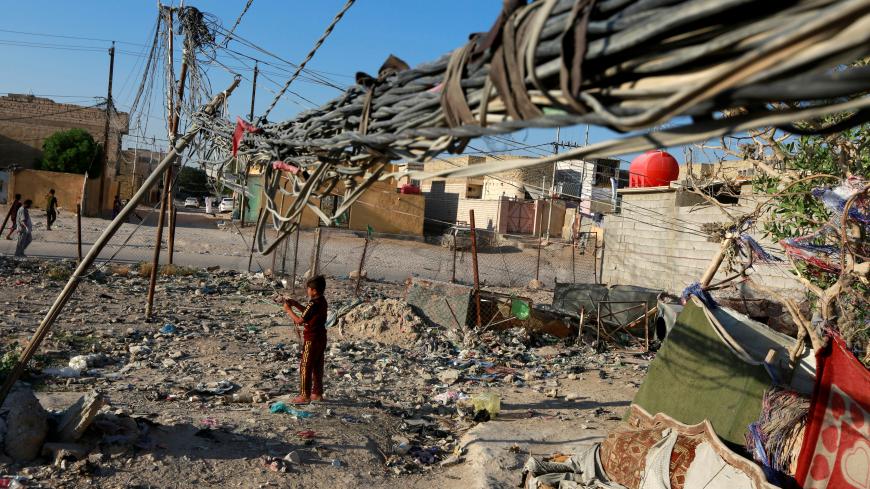 A view of the wire chaos of generator distribution of electricity, after continuous power outages in Najaf, Iraq, June 21, 2019. - REUTERS/Alaa al-Marjani

The Donald Trump administration said Wednesday that the United States will renew a sanctions waiver for Iraq to continue importing Iranian electricity; the statement came shortly after Prime Minister Mustafa al-Kadhimi managed to form a new government following months of political gridlock. Secretary of State Mike Pompeo made the announcement after a phone call with Kadhimi, who has received support from both the United States and Iran.

“They discussed the urgent hard work ahead for the Iraqi government, implementing reforms, addressing COVID-19 and fighting corruption,” said State Department spokeswoman Morgan Ortagus. “In support of the new government, the United States will move forward with a 120-day electricity waiver as a display of our desire to help provide the right conditions for success.”

Why it matters: The United States has continued to issue periodic waivers for Iraq to import Iranian natural gas to meet the needs of its beleaguered electricity sector since President Donald Trump reimposed crippling sanctions on Tehran in 2018. But the previous waiver the State Department issued was only for a month. With the Trump administration intent on doubling down on its maximum pressure campaign against Iran, the four-month exemption signals US confidence in Kadhimi’s new government.

What’s next: The waiver aside, the US-Iraq relationship is still far from rosy. After the US assassination of Iranian Maj. Gen. Qasem Soleimani and a top leader of Iraq’s Popular Mobilization Units in Baghdad in January, the Iraqi parliament passed a nonbinding resolution calling for the expulsion of US forces from the country. Pompeo announced last month that the two countries will convene a strategic dialogue in June to hammer out the future US force posture in Iraq.

“The secretary and prime minister also discussed the upcoming US-Iraq strategic dialogue and how they look forward to working together to provide the Iraqi people the prosperity and security they deserve,” said Ortagus.