Prearranged contact with Israelis has become a criminal offense in Iran in a harsh blow to remaining Jews in the country and tens of thousands of Iranian-Israelis, populations already traumatized by loss and disconnection. 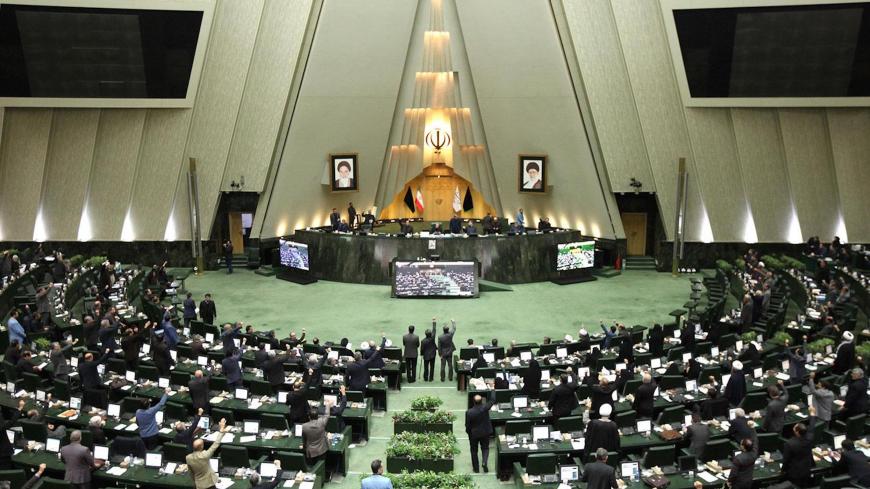 Iran’s parliament has passed a law criminalizing any prearranged contact with Israelis. The punishment, depending on the background of the defendant and the prerogative of the judge, could include anywhere from six months to two years in prison, 31 to 74 lashes or 20-80 million tomans (about $1,200-$4,800) in fines. There are also other less severe forms of punishment at the judge's disposal that include depriving the guilty party of benefits such as housing, state pensions and state education for a period of six months to five years.

This latest move by the Islamic Republic will be personally traumatic for many Iranian-Israelis, as they will be cut off from their immediate families in Iran. The Islamic revolution of 1979, followed by the eight-year war between Iraq and Iran, tore apart many Iranian families of all religious convictions due to immigration. With 5-6 million Iranians living in the diaspora, there are millions of cases of family members split apart. Many parents are separated from their children, some staying in Iran and the other in another part of the world. This large group includes Iran’s Jews.

Tens of thousands of Iranian Jews were forced to leave Iran after the execution of a number of prominent Jews after the revolution and policies such as forcing Jews to attend school on the holy Sabbath. Leaving Iran, their only home, was a serious emotional blow to many Iranian Jews. There have been so many cases of depression among Iranian Jews who fled to the United States after the revolution that a PhD thesis that later became a book was written on the topic in order to help psychological professionals deal with them.

Iranian-Israelis have not been spared such trauma. Soon after the 1979 revolution, Israeli doctors were baffled by waves of visits by recent Iranian immigrants who complained of pain. Despite their investigations, the Israeli doctors could not locate a physiological basis for their patients' ailments. Consequently, the Israeli doctors came up with a diagnostic label for this mysterious condition that affected recently arrived Iranian immigrants. They called it “Parsitis,” roughly “Persian syndrome.” According to Karen L. Pliskin, the author of the 1987 book “Silent Boundaries: Cultural Constraints on Sickness and Diagnosis of Iranians in Israel,” what the Iranian patients were suffering from was from "narahati," a Persian term used to describe discomfort created by feelings of worry and distress.

These were the lucky patients. The trauma caused by families being torn apart has in some cases led to suicide. In 1990, Koroush, then a 20-year-old recent Iranian immigrant to Israel, was despondent away from his parents. Now that he was in Israel, there was no way for him to return to Iran. On a clear day in the summer of 1990, Koroush went to the roof of a tall building in Jerusalem and jumped to his death. In the process, he also nearly killed his mother Sarah in Tehran; upon hearing the news of her son’s suicide she had a stroke and became partially paralyzed. She was in a wheelchair until the day she died in 2019.

Sarah’s husband, much like many other Iranian parents who have children in Israel, relies on phone calls and apps such as Whatsapp and Telegram to keep in touch with their son in Israel. Now he can no longer do that, as he will be breaking the law. Even letters forwarded to Iran via third countries will be criminalized as they will be considered planned contact with Israelis. So will meeting family members in third countries: Prior to this law, family members from Iran and Israel would meet at weddings in places such as Los Angeles or on holiday in Turkey. None of it will now be possible.

Iran's Jewish population has dwindled from an estimated 70,000-100,000 before the revolution to approximately 8,000 souls. With a deteriorating economy and the coronavirus pandemic making life even more difficult, Iranians in Israel are increasingly worried about their family members in Iran. “I am very worried about contacting my brothers and sisters in Iran,” said Parvaneh, an Iranian-Israeli senior citizen who lives in Holon, outside of Tel Aviv. “How am I supposed to keep in touch with them from now on? This is going to be very hard for me and my family.”

The Iranian regime has always claimed that it is against Zionism and not Judaism. As the new law will mainly impact Iranian Jews living in Iran and Israel, it will be hard for many Iranian Jews not to see the law as implicitly racist and cruel. Even Hamas, which has been at war with Israel on at least two occasions. is not cruel enough to ban Gazans from calling family members in Israel.