Rival Kurdish parties in northeastern Syria have began US-sponsored reconciliation talks after repeated delays in the past and in the hope of joining the UN-sponsored peace process to resolve the Syrian conflict. 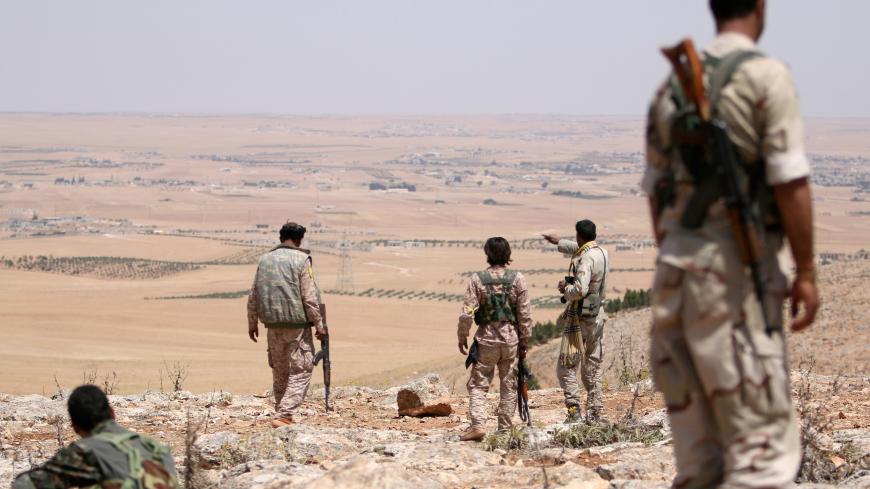 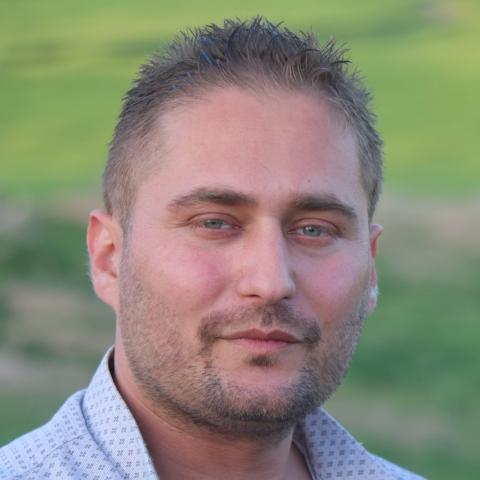 For the first time since Oct. 28, 2019, when Syrian Democratic Forces (SDF) commander Mazlum Kobane announced an initiative to resolve inter-Kurdish differences, the Kurdish National Council (KNC) and the Kurdish Democratic Union Party (PYD) kick-started secret, direct talks. The initiative is seemingly designed to include all the Kurdish parties in the PYD-ruled autonomous administration in northeast Syria, paving the way for the autonomous administration to join the UN-sponsored negotiations in Geneva to end the Syrian conflict.

Despite the stakes involved, success is not guaranteed given the tense political relations between the two negotiating parties following years of political conflict and media spats. The KNC is an official part of the Istanbul-based Syrian opposition in exile, while Turkey views the PYD, which espouses the ideology of the Abdullah Ocalan-led Kurdistan Workers Party (PKK), as its top foe in Syria. Meanwhile, the PYD is also part of the Syrian Democratic Council (SDC), the political arm of the Kurdish-led SDF fighting alongside the US-led international coalition.

Speaking to Al-Monitor on the condition of anonymity, an informed official source revealed the origins of the negotiations process. “The first direct negotiating round between the KNC and PYD was held in early April at a US military base on the periphery of Hasakah, in the presence of the US special adviser to the global coalition forces in Syria, William Roebuck, and SDF commander Mazlum Kobane.”

The attempted détente is reportedly taking place under US supervision. Roebuck has had multiple meetings with the KNC in the past three months to discuss developments in the Syrian arena and to support the initiative to unify Kurdish ranks in Syria.

At an April 25 press conference in Qamishli, Kobane said, “Remarkable progress is being made in the process to unify the Kurdish ranks. The parties, the PYD and the rest of the political parties are being responsive to the initiative.”

Commenting on the agenda for the negotiations, the source told Al-Monitor, “The two sides are discussing the adoption of a unified political vision for Syrian’s future based on discussion of a draft presented by the US side. After holding at least four meetings as part of the negotiations, the two sides agreed on the following: Syria will be a federal, democratic and pluralistic state; the current regime is an authoritarian and dictatorial regime that uses violence against its opponents; the Kurdish areas consist of an integrated political and geographical unit.”

He also said that the parties agree on building positive relations with neighboring countries and resolving the Syrian crisis in accordance with UN Resolution 2254. Both sides seek to include recognition of Kurdish national, cultural and political rights in the Syrian constitution as well secure constitutional recognition that Syrian Kurds are an indigenous people. They also agree to advocate for the return of refugees and other displaced persons to their homes and for a democratic opposition.

In Qamishli, SDC spokesman Amjad Othman told Al-Monitor, “The motives behind the agreement are much stronger than reasons preventing its conclusion. The parties to the dialogue have the single option of coming to an agreement despite the considerable challenges and difficulties which will only be resolved if the parties are serious.”

Othman said the negotiations can only succeed if the parties remain independent. “The regional influences and agendas need to be ignored, and priority needs to be given to the public interest and a joint vision to address the situations in Afrin, Ras al-Ain/Sari Kani and Gire Spi/Tell Abyad. The Kurdistan parties agreeing to and supporting the initiative would improve the odds of success.”

The KNC is allied with the Kurdish nationalist project led by Massoud Barzani and his Kurdistan Democratic Party (KDP) in Iraq, having been formed in 2011 with the KDP's support. As noted, the PYD bases its political and organizational projects on the PKK's ideology.

Tensions between the PYD and KNC took a turn for the worse when the PYD became the most influential player in northeast Syria in 2012. The KNC viewed the PYD-led autonomous administration as a fait accompli and has refused to apply for a permit to engage in political activity there. The autonomous administration responded by exiling the KNC president, shuttering its offices and arresting dozens of its leaders and members during 2016-17.

Meanwhile, the KNC's affiliation with the Istanbul-based Syrian opposition has served to exacerbate tensions between the two sides following multiple Turkish military operations launched against the Kurds in Syria. In fact, the PYD has accused the KNC of subordination to the Turkish state at the expense of the Kurdish people.

Kamiran Hajo, chairman of the KNC’s Foreign Relations Committee told Al-Monitor by phone from Sweden, where he resides, “We have always called for the unification of Kurdish ranks. The current circumstances seem to be right for practical steps to be taken in this direction. Following the relatively longstanding feud, the two sides are in need of an agreement that lays the foundations for the Kurds’ future in Syria.”

Hajo fears, however, that any new agreement with the PYD will suffer the same fate as previously ones reached by the two sides under Barzani's auspices: collapse at the implementation stage. “Negotiations are not going to be easy, and there will be multiple challenges before an agreement is reached,” Hajo said. “The agreement’s implementation phase could be harder than the dialogue and agreement phase in itself. That’s what happened with the previous deals.”

Commenting on the US role in the negotiations, Ahed al-Hindi, a Washington, DC-based political analyst, told Al-Monitor by phone, “I believe that the US efforts to unify the Kurdish ranks in northeastern Syria are a part of [a broader] project designed to unify the entire Syrian north, namely the northwest controlled by the Turkish-backed [opposition] and the northeast controlled by the US-backed [Kurdish-led forces]. This project aims to build a strong position against the [Bashar] al-Assad regime and deny it the areas’ wealth, which could be used to revive the regime.”

Hindi believes the United States is determined to unify the ranks of the Syrian Kurds. He asserted, “The repeated visits Roebuck and his team made lately and his long stays in the region confirm that the US is serious in resolving inter-Kurdish differences and subsequently have the autonomous administration taking part in the Geneva talks to resolve the Syrian crisis and be represented in the opposition delegation.”

Over the course of the nine-year Syrian civil war, the Kurds in Syria have paid exorbitant prices in military and social terms. In 2018 and 2019, they lost the regions of Afrin, Ras al-Ain/Sari Kani and Gire Spi/Tell Abyad to Turkey and Turkish-backed militias, resulting in the displacement of most Kurdish residents in these areas. In addition, in the fight against Islamic State, the SDF, whose backbone is the Kurdish People's Protection Units, lost 11,000 fighters and saw 22,000 wounded.

Despite controlling nearly 20% of Syrian territory, the SDF does not have political representation in the Geneva talks because of Turkish opposition to their presence. With Ankara continuing to reject any project that would lead to Kurdish autonomous rule in Syria, unifying to jointly pursue Kurdish interests is the only option the Kurds have left.