Saudi Arabia has shut down virtually all activity in Mecca and Medina as it fights the global pandemic, and authorities are urging Muslims around the world to delay making travel plans for the hajj this summer. 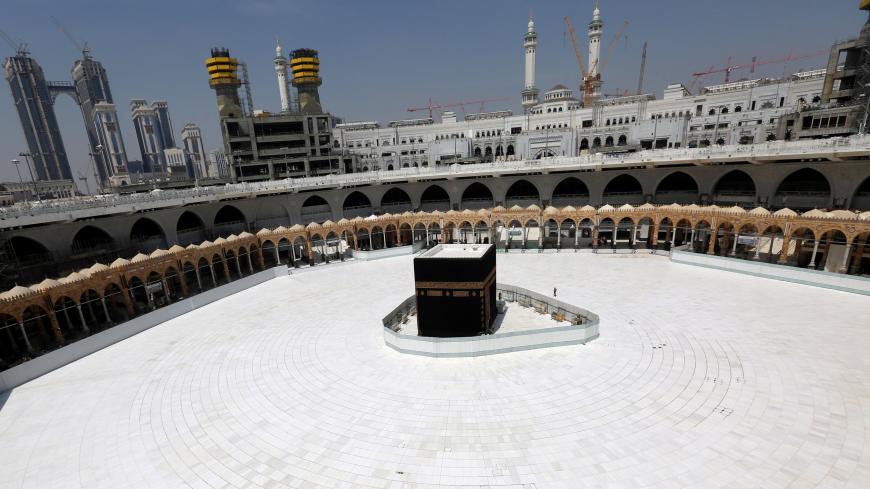 The Kaaba is seen at the Grand Mosque, almost empty of worshippers after Saudi authorities suspended umrah for fear of the novel coronavirus, Mecca, Saudi Arabia, March 6, 2020. - REUTERS/Ganoo Essa

Saudi Arabia has taken the drastic step of imposing a 24-hour curfew in the holy cities of Mecca and Medina as it seeks to contain the spread of the novel coronavirus, which has infected more than 1,800 people in the kingdom.

The measure, effective immediately and “until further notice,” makes exceptions for workers to leave their homes for approved jobs, according to a statement from the Ministry of Interior. Residents may buy food at grocery stores between 6 a.m. until 3 p.m., but are encouraged to use delivery services.

Commercial activity in both cities is shut down, with the exception of grocery stores, pharmacies, banks and gas stations. Cars can only carry one passenger at a time.

The coronavirus has infected 1,855 people in the Gulf kingdom and killed 21, the Health Ministry said Thursday.

More than 2.5 million Muslims around the world attend the annual hajj pilgrimage in Mecca and Medina each year. After suspending a smaller pilgrimage known as umrah, authorities are now urging people to delay making travel plans for the hajj this July and August.

“We have asked our Muslim brothers in all countries to wait before concluding contracts [with tour operators] until the situation is clear," the hajj minister told state TV.

The kingdom had already banned prayers in mosques and restricted the entry and exit from the cities of Jeddah, Riyadh, Mecca and Medina. International passenger flights are suspended indefinitely.

The eastern province of Qatif, the epicenter of the virus in the kingdom, has effectively been on lockdown since March 9 with residents barred from traveling in and out.