‘All hands on deck:’ Middle East embassies inundated with citizens stranded in US

Middle East embassies are overwhelmed with calls from citizens trying to return home as COVID-19 spreads in the United States. 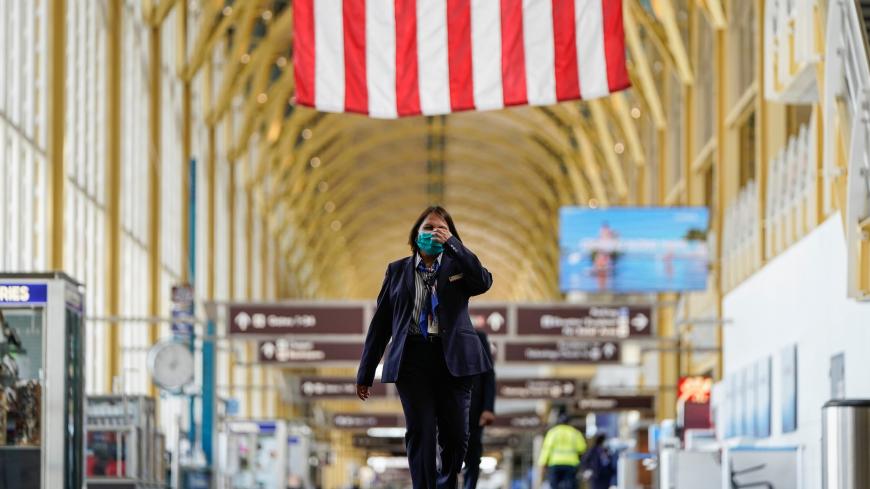 Diplomats in Washington are working overtime to repatriate stranded citizens worried about the accelerating coronavirus pandemic in the United States.

“It’s frantic,” said Gabriel Issa, Lebanon’s ambassador to the United States. His embassy in Washington, DC, has set up hotlines to collect the names of Lebanese citizens who want to return home, and a skeleton staff is manning the phones.

“A lot of times we can’t even answer all the phones at the same time,” Issa said. “We are overloaded but trying to do our best.”

Amid tightening restrictions on travel in their home countries and the continued cancellation of flights in the United States, the phone lines at many Middle East embassies in DC are ringing off the hook with expats desperate for the latest information on possible return flights. Staff who are typically assigned to nonconsular services are pitching in, answering calls and facilitating travel.

“We see all hands on deck,” said Elad Strohmayer, spokesperson for the Israeli Embassy in DC. “There are people who on a regular basis don’t deal with these issues and now they’re helping if needed.”

The only remaining direct flight to Israel is operated by United Airlines out of Newark, New Jersey. Strohmayer said his embassy is encouraging any Israelis who wish to leave to do so while they still can.

Those from elsewhere in the region are caught in travel limbo with passenger flights to their countries canceled entirely.

“It’s just endless, the stories,” said a Jordanian official not authorized to speak to the media. “Some of them you really want to help out, but you don’t know how because they’re stuck.”

With 364,000 cases of COVID-19 and a death toll exceeding 10,000, the United States surpassed China and Italy to lead the world in coronavirus infections.

New York City, which is home to a number of Middle Eastern immigrant communities, is now the epicenter of the US outbreak with more than 5,400 dead. On Tuesday, New York Gov. Andrew Cuomo announced 731 more patients died in what marked the biggest single-day increase in deaths since the virus emerged in the state last month.

At the Embassy of Oman, the worsening pandemic prompted diplomats to pull an all-nighter last month, staying overnight at the embassy to coordinate return trips for hundreds of citizens. On March 30 and 31, two government-chartered planes picked up 660 Omanis who wanted to fly back.

“We’ve been working around the clock,” said Qusai al-Mahrouqi, the embassy’s assistant information attache. “It wasn’t easy because we have thousands of Omanis all around the United States.”

“They are panicking and they are calling us every day with the same question: I want to leave, but what about my I-20?,” said Hamad al-Muftah, deputy chief of mission at the Embassy of Qatar in DC.

Muftah said the Qatari Embassy has sent anxiety-ridden students an email reminding them if they want to leave to first check with their sponsor and the overseas office at their universities.

At the Lebanese Embassy, Issa said he’s directed his staff to start calling US officials to see what the formal guidance is for students and other travelers whose visas may expire during quarantine.

A spokesperson for US Citizenship and Immigration Services told Al-Monitor it can extend the stay of those impacted by circumstances out of their control, as well as “provide special consideration or expedited processing for those who may need it on a case-by-case basis.”

Embassies are in the meantime trying to alert all remaining citizens of changes via email, phone and social media. At the Jordanian Embassy, staff have compiled a database with the names of hundreds of students and other travelers who wish to go home.

Diplomats are dealing with issues as they arise, but so much is out of their hands, the Jordanian official said.