Protests have resumed in Lebanon, with many people lamenting hunger and economic strife as the country's financial crisis continues during the coronavirus lockdown. 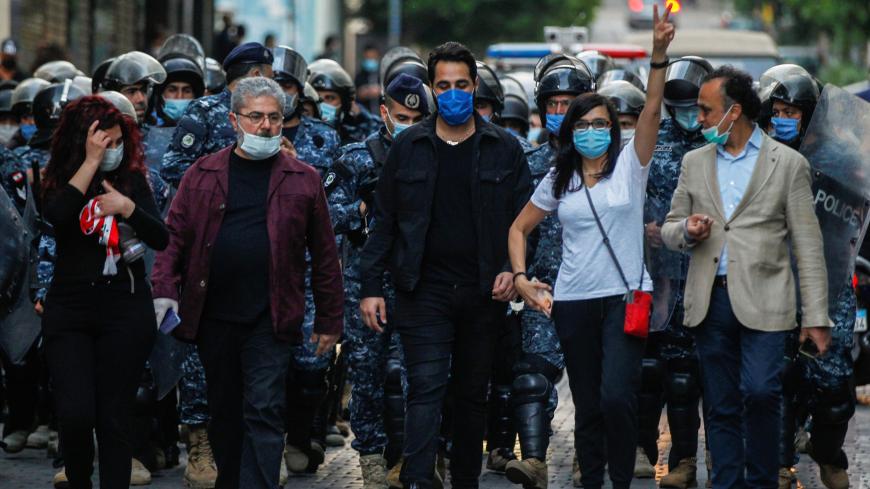 Lebanese are protesting amid measures taken to combat the coronavirus in the country, taking aim at the government and the tanking economy during the country’s lockdown.

Demonstrations took place Monday in several cities in protest of the local currency’s crash and a massive increase in food prices. Protesters blocked some roads, thus hindering the efforts of medical teams to conduct coronavirus tests in the country. Lebanese security forces forcibly removed some protesters as a result. Over the weekend, some banks were attacked in protest against limits imposed on people’s accounts during the crisis, according to The Associated Press.

Anti-government protests began in Lebanon in October against sectarianism, corruption and poor economic conditions. The protests largely stopped in March as the government imposed a curfew to stop the coronavirus’ spread. Since then, the Lebanese pound’s value vis-a-vis the US dollar has continued to plummet.

Some Lebanese began protesting again last week from their cars as the Lebanese parliament reconvened for the first time in a month.

The protests happening now are largely focused on hunger. In one widely viewed video, a protester shouts, “I’m hungry” in Arabic at a security forces member, who then replies, “I’m hungrier than you.”

These latest protests come as the government eases the COVID-19 lockdown. Some businesses reopened Monday and the nighttime curfew has been shortened, AP reported.

Most Lebanese people require financial assistance to live, according to a report this month from Human Rights Watch. The report noted desperate incidents of a father killing himself when he did not even have $1 to give his daughter for food, a man setting himself on fire in protest of the economic situation, and a construction worker offering to sell a kidney to make ends meet.

Lebanon has been praised for its response to the virus itself, and the country currently has only around 700 confirmed cases. There have been fears the virus could spread widely in the country’s refugee community of more than 1 million recently, however, after some Palestinian refugees tested positive for the coronavirus last week.