President Reuven Rivlin has given the Knesset three weeks to choose the next prime minister after Prime Minister Benjamin Netanyahu and Blue and White head Benny Gantz failed to reach an agreement by the Wednesday deadline. 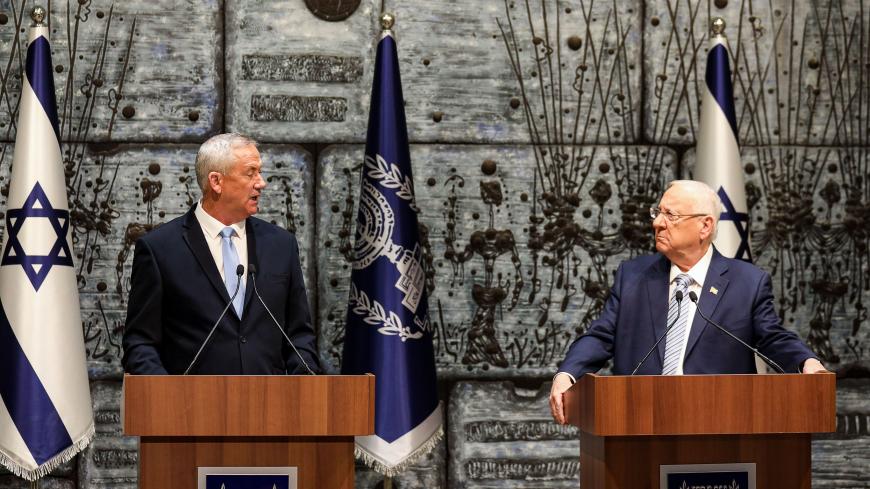 Israel's president has given the parliament three weeks to pick the next prime minister or trigger the country’s fourth election in less than a year.

President Reuven Rivlin notified opposition leader Benny Gantz Thursday morning that he was transferring the mandate to form a new government to the Knesset. Gantz, who leads the Blue and White Party and is also speaker of the Knesset, has been in talks with Prime Minister Benjamin Netanyahu to form a unity government but the two missed a Wednesday night deadline set by Rivlin.

Such a deal would have brought an end to a year of political stalemate, in which three consecutive national elections left neither politician with enough support to form a governing coalition.

Gantz, Netanyahu and their negotiating teams met Wednesday night at the prime minister’s residence in Jerusalem to finalize an agreement. Despite assurances that the talks were on track, the breakdown reportedly stemmed from disagreements over the appointment of judges and legislation that would protect the prime minister from prosecution.

Netanyahu is currently awaiting trial on charges of bribery, fraud and breach of trust.

In a letter to Gantz on Thursday, Rivlin said he would now "entrust the formation of a government to the Knesset.”

“I hope that the Knesset members will be able to form a majority in such a way that a government can be formed as soon as possible, and to prevent a fourth round of elections,” he wrote.

Under Israeli law, the Knesset will now have 21 days to propose a majority-supported lawmaker or the parliament will dissolve and Israel will face another round of voting in 90 days. Should a candidate secure 61 votes, he or she will have 14 days to form a government before yet another election is triggered.

A poll from Israel's Channel 12 news found if an election were held this week, Netanyahu's Likud would win 40 seats in the 120-member Knesset, up from the 36 it won in the last election on March 2. The prime minister’s full right-wing bloc would secure 64 seats, enough to form a governing coalition.