The attack, launched from over Lebanese airspace, killed both fighters and civilians. 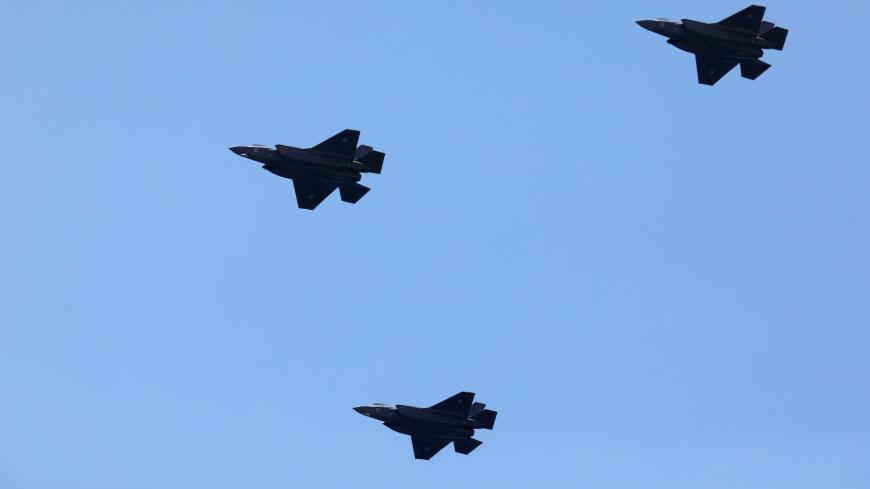 Israeli Air Force F-35 fighter jets fly over the Mediterranean Sea during an aerial show as part of the celebrations for Israel's Independence Day marking the 70th anniversary of the creation of the state, in Tel Aviv, Israel April 19, 2018. - REUTERS/Amir Cohen

Israeli jets hit Iran-backed targets outside the Syrian capital of Damascus today, killing fighters and civilians, according to multiple reports.

The airstrikes hit militias supported by Iran and Lebanese Hezbollah south of Damascus, killing at least four fighters and destroying some of their offices. Three civilians also died, according to the pro-Syrian opposition Syrian Observatory for Human Rights.

The Syrian state news agency SANA reported that Syrian air defense systems were activated during the attack and that Israeli missiles were responsible for three deaths and four injuries.

The Syrian Observatory for Human Rights reported that the civilians died when missile fragments hit their homes. It could not conclude whether the fragments came from Israeli missiles or Syrian air defense systems.

Both the observatory and the Syrian state press said that Israeli jets fired the missiles while over Lebanon.

The airstrike is Israel’s fourth in Syria in April. Israel has acknowledged airstrikes targeting Iranian forces and shipments to Hezbollah in Syria in the past, but has not commented on this one. Israel has recently been concerned that Hezbollah is trying to produce precision-guided missiles, according to the Associated Press.

Hezbollah and Iran are fighting alongside the Syrian government in the Syrian civil war. Iran supports many militias in the country and provides Hezbollah with financial, military and ideological support. Israel, which has a longstanding conflict with Iran and Hezbollah, has repeatedly struck Iranian and Hezbollah targets in Syria over the course of the war. Israel used a drone to bomb a Hezbollah vehicle on the Syria-Lebanon border April 15 and has at times supported some Syrian rebel groups fighting Iran’s ally, the Syrian government.