Two banned funeral services held in Erbil in March have led to at least 72 coronavirus infections. 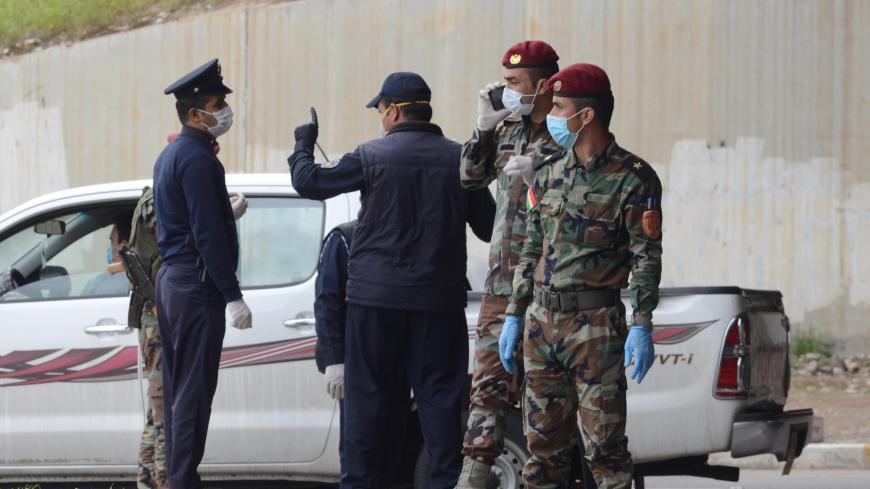 Iraq's Kurdistan Regional Government will prosecute the organizers of a prohibited funeral service that infected dozens of people with the coronavirus in the Kurdish region of Iraq, officials told a local news organization.

“Arrest warrants have been issued for five people who organized a mourning ceremony on March 21 which led to the infection" of a number of people with COVID-19, a spokesperson for Erbil's crisis task force told Rudaw.

Some of those wanted for arrest are themselves hospitalized with the virus, the Erbil-based news outlet reported. Their arrests will be delayed until they have recovered.

Despite a ban on funerals and other large gatherings, mourners gathered last month in Erbil's Karezan neighborhood for two separate services that infected at least 72 people, Health Minister Saman Barzanji said. On Sunday, the ministry announced 18 new cases in Erbil, each of whom came in contact with an infected person during one of the funerals.

The infected mourners now make up 35% of all cases in Erbil, according to the city’s health directorate, which announced plans to sue the two families who broke the rules by holding the funerals. Rudaw quoted Barzanji as saying today that Karezan and 10 other neighborhoods have been placed under quarantine.

“The Kurdistan region is in grave danger and is facing a humanitarian catastrophe,” Barzanji said earlier this week.

Iraq's Kurdistan region has reported a total number of 288 cases and three deaths. The central government in Iraq today announced 1,122 cases and a death toll of 65. Health care workers on the front lines have told Reuters the number of infected persons in Iraq is likely much higher than what has been publicly reported.

Also today, an Iraqi delegation arrived in China to bring back medical supplies and preventative equipment, the country’s air force said on Twitter. The pandemic, which first emerged in the central Chinese city of Wuhan, has killed more than 81,000 people worldwide.