'Not the New York Gulf': US-Iran war of words heats up

Iranian President Hassan Rouhani said today that the United States should stay out of the Persian Gulf. 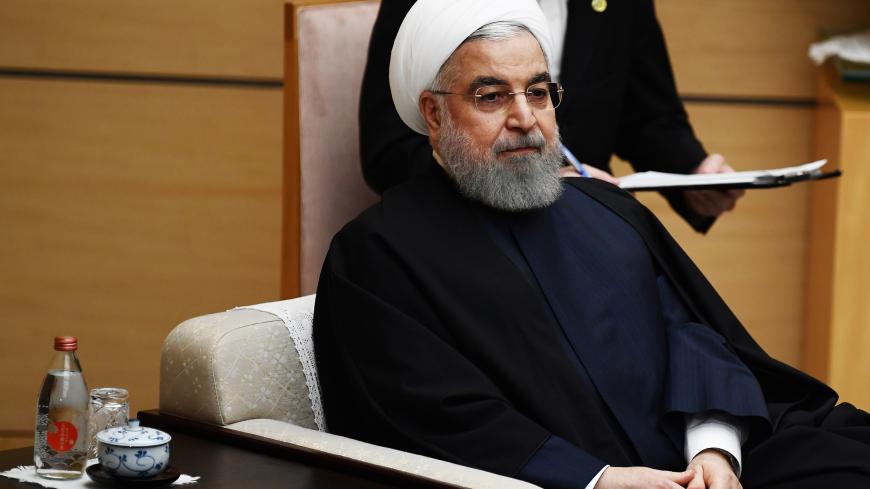 Iranian President Hassan Rouhani said today that the Persian Gulf belongs to Iran and not the United States in the latest war of words between the two countries.

“The Americans should know that this waterway is called ‘the Persian Gulf,’” state-controlled Press TV quoted Rouhani as saying. “It is not called ‘the New York Gulf’ or ‘the Washington Gulf.’”

Today is a holiday commemorating the strategic Persian Gulf and its importance to Iran. Rouhani took the opportunity to demand that the United States stop working against Iran amid recent naval tensions in the strategic waterway.

“They should understand the circumstances by taking into consideration both its name and the nation that has preserved it for thousands of years, and stop hatching plots against the Iranian nation,” Press TV quoted Rouhani as telling his Cabinet.

Other Iranian media outlets reported remarks by top Iranian officials today on the Persian Gulf’s significance. Mahmoud Vaezi, Rouhani’s chief of staff, said, “The Persian Gulf is not just a geographical name, it is a symbol of solidarity and pride for Iranians,” according to the state-controlled Al-Alam News Network.

Rouhani’s comments in particular constitute the latest in a string of recent verbal battles between the United States and Iran. US Secretary of State Mike Pompeo took aim at Iran today in remarks to reporters, slamming the Iranian airline Mahan Air for flying to Venezuela to support the government of President Nicolas Maduro. The United States supports an alternative government in the Latin American country, and has indicted Maduro on drug charges.

“This is the same terrorist airline that Iran uses to move weapons and fighters around the Middle East,” said Pompeo. “These flights must stop."

Pompeo also said the United States would work to ensure Iran is not able to acquire conventional weapons after a UN-imposed ban on Iran obtaining such weapons expires in October. The US will work with the UN to continue the ban, but is prepared to act alone on the matter, according to Pompeo.

“We’ll work with the UN Security Council to extend that prohibition on those arms sales,” he said. “And then in the event we can’t get anyone else to act, the United States is evaluating every possibility about how we might do that.”

Tensions between the United States and Iran have increased greatly in April. The United States said Iranian naval vessels came dangerously close to US ships April 15. On April 22, Iran launched its first military satellite and US President Donald Trump said he told the US Navy to destroy any Iranian vessels threatening US forces in the Persian Gulf. There have been other flare-ups.

US-Iranian relations descended into hostility after Trump pulled out from the Iran nuclear deal in 2018. The United States says Iran seeks to build nuclear weapons, which Iran denies. The deal, negotiated and signed during the presidency of Barack Obama, removed sanctions on Iran in exchange for Iranian compliance with regulations prohibiting the development of nuclear weapons. Trump reinstituted sanctions after withdrawing from the deal, saying Iran was not complying.