Iran launched a military satellite into orbit on April 22, a significant defense breakthrough at a time of heightened tensions with the United States. 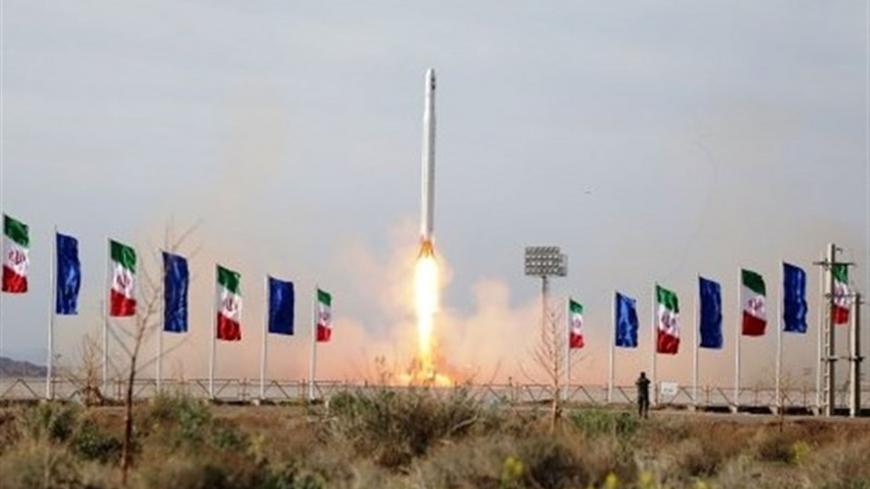 Iran’s Islamic Revolutionary Guard Corps (IRGC) said on Wednesday it has launched its first military satellite into orbit, becoming one of only a few countries with this technology in the region at a time of heightened US-Iran tensions.

IRGC commander Hossein Salami said that the corps became a “space force” with the launching of the satellite.

“The satellite’s successful launch enhanced new aspects of the Islamic Republic’s defensive might,” Salami said, according to the Iranian state-run Press TV. “By God’s grace, the corps turned into a space force today.”

The satellite is named “Noor,” which means “light” in Persian and Arabic. It launched Wednesday morning from a desert in central Iran via a fuel-powered satellite carrier, according to Reuters. Images on the Iranian state’s Arabic-language news service Alalam showed a Quranic verse inscribed on its side.

The news comes at a time of severely heightened US-Iran tensions. The United States has long suspected Iran of trying to develop nuclear weapons, a charge Tehran denies. In December, pro-Iran militia supporters in Baghdad stormed the US Embassy there. The United States killed longtime IRGC commander Qasem Soleimani during a visit to Baghdad days later. Iran retaliated by bombing US military installations in Iraq that January.

US Secretary of State Mike Pompeo claimed the launch violated a UN Security Council resolution, adding, “I think Iran needs to be held accountable for what they have done."

The United States recently accused Iran’s naval fleet of maneuvering too close to US Navy ships in a provocative move in the Persian Gulf. On Wednesday, US President Donald Trump said the US forces should fire on any Iranian ships that “harass” them. Iran called the order “bullying.”

The IRGC was formed after the Islamic Revolution in 1979 and is controlled by Iran’s Supreme Leader Ayatollah Ali Khameini. The IRGC has a strong ideological component, more so than the country’s regular armed forces, and has ground, sea and air divisions. The IRGC plays a prominent role in Iranian society, most recently working to stop the spread of the coronavirus in the country.