The secretary of Iran’s Supreme National Security Council publicly accused the United States on Sunday of blocking Iran’s request for a $5 million emergency loan request from the International Monetary Fund to help fight the COVID-19 pandemic that has ravaged the country. 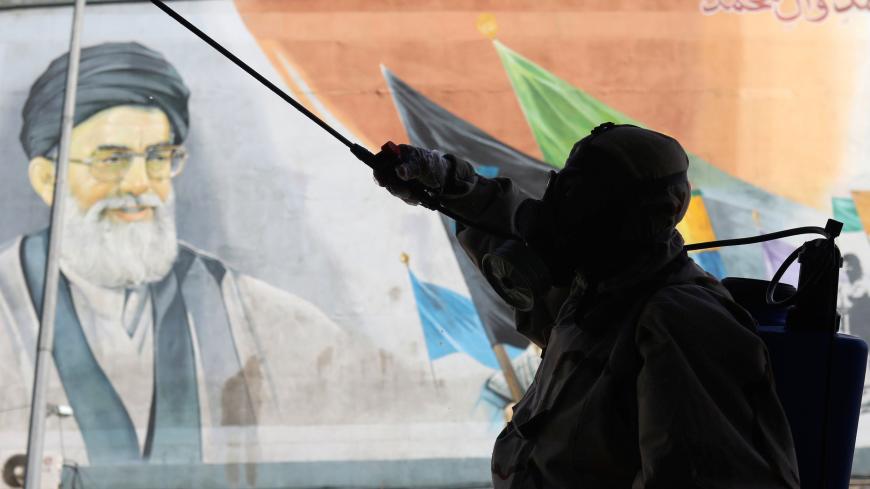 The secretary of Iran’s Supreme National Security Council publicly accused the United States on Sunday of blocking Iran’s request for a $5 billion emergency loan request from the International Monetary Fund (IMF) that would be used to help fight the COVID-19 pandemic that has ravaged the country.

“US opposition to granting Iran’s requested facilities from IMF to provide items needed to deal with coronavirus is a real case of crimes against humanity,” tweeted Rear Adm. Ali Shamkhani.

Why it matters: While the European Union has come out in favor of the coronavirus loan, the Donald Trump administration has so far refused to publicly state a position on the matter. Neither the White House nor the State Department replied to Al-Monitor’s request for comment. An IMF spokeswoman simply said that  “discussions are still ongoing.”

The Trump administration has opted instead to dial up the sanctions that have formed the crux of its maximum pressure campaign against Tehran since the US withdrawal from the nuclear deal. Iran asserts that the sanctions have exacerbated the crisis. The Trump administration, in turn, has pointed to a humanitarian exemption that allows for the trade of humanitarian goods with Tehran. Europe used its new INSTEX trade mechanism for the first time last week to ship humanitarian supplies to Iran.

What’s next: The back and forth between Tehran and Washington is quickly becoming a US election issue. Last week, former Vice President Joe Biden — the overwhelming favorite to win the Democratic nomination and face off against President Trump in November — called on the Trump administration to better facilitate humanitarian transactions with Iran. His statement came after his primary opponent, Sen. Bernie Sanders, I-Vt., issued a broader call last month for the Trump administration to lift financial sanctions on Iran as it struggles to contain the coronavirus.

Know more: Read Congressional Correspondent Bryant Harris’ report on how the Iran sanctions debate is dividing Democrats. And be sure to read his report outlining how Trump’s Iran policy is also under fire from hawks in his own party.