The tiny Gulf kingdom of Bahrain is bringing hundreds of Shiite pilgrims home from Iran, with which it has no diplomatic ties and normally no direct flights. 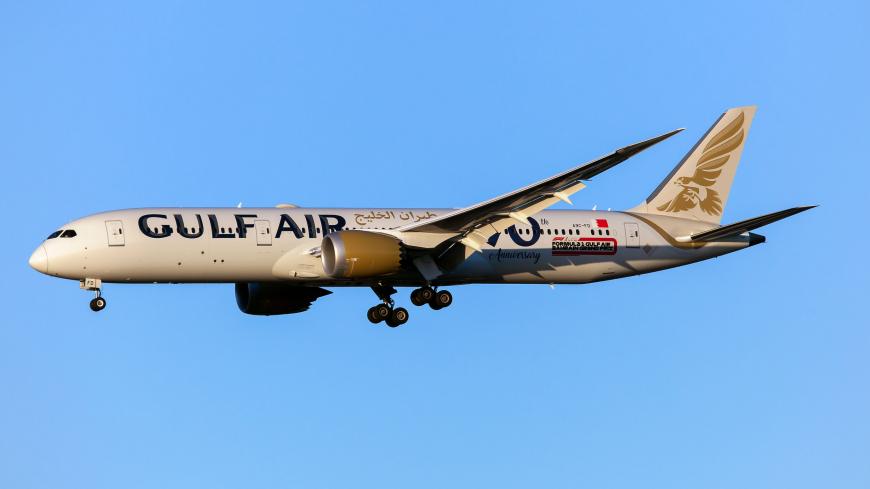 Bahrain is continuing to repatriate hundreds of Shiite pilgrims stranded in neighboring Iran, which remains the Middle Eastern country worst affected by the novel coronavirus pandemic, after having faced criticism for the country’s rights record when it comes to mostly Shiite political detainees.

The Gulf kingdom’s national carrier, Gulf Air, began operating flights to Iran this week to bring more than a thousand Bahrainis back home.

Direct flights between the two countries, which have no diplomatic ties, were halted in 2016 amid allegations that Iran was stoking unrest against the oil-rich state’s Sunni rulers by mobilizing its harshly repressed Shiite majority against them. Iran denies the charges.

The tiny Gulf kingdom has recorded over 1,500 cases so far, most of them linked to travel to Iran. A 60-year-old Bahraini man was confirmed as the seventh and latest death from the virus today.

The Bahraini government has imposed numerous restrictions, shutting schools, universities, public entertainment spaces and sports facilities. It requires people under quarantine to wear electronic bracelets to monitor their movements. Those who don’t abide by the restrictions are subject to criminal prosecution. Two men were sentenced to three months' house arrest this week after breaking the self-isolation rules.

On April 9 shopping malls and some stores were allowed to resume business, provided that shop workers and customers wear masks and the number of customers allowed in at one time is limited.

The government has converted a multi-story car park belonging to a military hospital south of the capital Manama into a 130-bed intensive care unit for patients who contract the disease.

The threat of contagion remains acute in the country of 1.5 million, which is roughly the size of New York City and is third most densely populated country in the world.

Rights groups charge the government has done little to protect its prisoner population, including thousands of political detainees — mainly Shiite — being held at the notorious Jaw prison where overcrowding, insect infestations, poor hygiene and broken toilets have been reported.

Mahmoud al-Jaziri, a dissident journalist who was convicted of belonging to a terrorist organization in December 2015 and has been serving a 15-year sentence, was moved to solitary confinement in Jaw on April 8 after an audio recording he made was broadcast on YouTube a day earlier.

In it, he disputed official claims that appropriate measures were being taken to shield inmates from COVID-19. “Not only is Mahmoud al-Jaziri at risk from COVID-19 in Jaw Prison, but now he’s also being punished for pushing back on the official narrative,” said senior Middle East and North Africa researcher Justin Shilad of the Committee to Protect Journalists. “Instead of retaliating in a petty manner against journalists, Bahraini authorities should be releasing Mahmoud al-Jaziri and all other imprisoned journalists right now.”

Bahrain recently pardoned 1,468 prisoners in a bid to staunch the spread of the virus.

The Bahrain Centre for Human Rights said the amnesty extended to at least 300 political prisoners. But prominent prisoners of conscience such as Hassan Mushaima, Abduljalil Al-Singace and Nabeel Rajab were not among them. Mushaima and Al-Singace were swept up in the mass arrests that followed Bahrain’s February 2011 uprising calling for the fall of the ruling Al-Khalifa family.

Rights groups are calling for their immediate release. They say they have documented the denial of adequate medical treatment to Al-Singace, 58. The ailing blogger and human rights defender was sentenced to life and badly tortured, according to the findings of the Bahrain Independent Commission of Inquiry set up by King Hamad bin Isa Al Khalifa in June 2011 to investigate abuses. Human Rights Watch said Al-Singace had polio as a child and needs crutches to walk and that “prison authorities refuse to take him to medical appointments because he refuses to wear a prison uniform or shackles, which he considers humiliating.”