While authorities have attributed the release to humanitarian reasons, human rights groups link the decision to efforts to contain the outbreak. 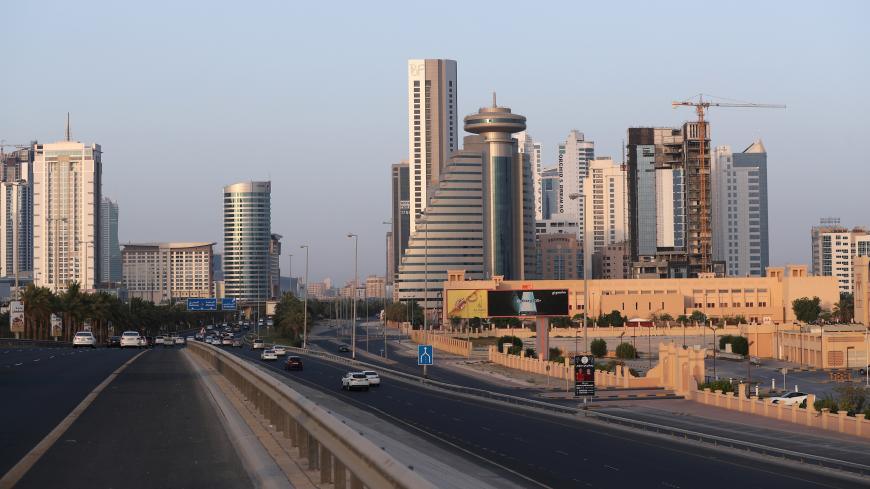 As nations across the globe struggle with the spread of the novel coronavirus, Bahrain has ordered the release of hundreds of prisoners, part of a thinly veiled effort to contain the pandemic, rights groups contend.

On Thursday, King Hamad bin Isa Al Khalifa issued a decree granting pardon for 901 prisoners. A further 585 inmates will serve out the rest of their sentences in rehabilitation and training programs, the state-run Bahrain news agency reported.

As of today, there were 210 cases of COVID-19 reported in the small Gulf kingdom, which has a population of nearly 1.7 million, making it one of the countries with the highest rate of the virus per capita. It is the fourth most densely populated country in the world. Fellow Gulf neighbors Kuwait and Qatar have seen a big jump in confirmed cases this week but no deaths have been recorded in any of the Gulf Arab states so far.

Formula One (F1) announced today that the 2020 Bahrain Grand Prix, a major car racing event that was due to take place March 20-22, had been postponed over coronavirus worries. Rights groups charge the government uses the event to “sportswash” rights abuses. “It is regrettable that it took a global pandemic to compel F1 to take drastic action, while human rights abuses linked to the race continue to be ignored,” said Sayed Ahmed Alwadei, director of advocacy at the Bahrain Institute for Rights and Democracy.

Some 77 of a total 165 Bahraini citizens repatriated from Iran by air Tuesday tested positive for the virus. Bahrain accused Iran, one of the worst hit by the virus, of “biological aggression,” saying Iran had covered up the extent of COVID-19's spread.

Fatima Yazbek, a Bahrain activist affiliated with the Gulf Institute for Democracy and Human Rights, said she had received information via a fellow activist of a suspected case of coronavirus at Bahrain’s notorious Jaw prison, but that authorities were turning a deaf ear. “Inmates say this Pakistani prisoner who arrived three days ago has high fever, fatigue and is coughing continuously.”

Yazbek told Al-Monitor that prison guards were taking no measures to protect fellow inmates, including six political prisoners being held in the same building as the Pakistani. Bahrain authorities have been accused of risking inmates' lives by them denying medical treatment. “In light of the miserable conditions of prisons in Bahrain, there are serious concerns of the virus spreading. The cells are not well ventilated, they are overcrowded and lack regular sterilizing,” she said.

The Bahrain authorities, rights groups argue, shared such worries by granting its biggest amnesty ever since the 2011 uprising calling for the fall of the Al Khalifa family. The country’s Shiite majority, who remain poor and disenfranchised by the Sunni monarchy, drove the protests, which were bloodily suppressed with the help of Saudi troops. Bahrain blamed the unrest on Iran.

The US Navy’s 5th fleet is based in Bahrain and Washington has said little about the continued crackdown on dissent, which has seen hundreds of Bahrainis stripped of their citizenship and rendered stateless, and the dissolution in 2017 of the kingdom’s last opposition bloc, the secular-left National Action Society, on charges of inciting terrorism and promoting the violent overthrow of the government.

Bahrain’s government said that those released were selected in light of international human rights treaties. Yet Amnesty noted that "every single rights activist (#NabeelRajab etc.) imprisoned for conduct protected by these treaties is still imprisoned. The message is clear.”

Nabeel Rajab, the president of the Bahrain Center for Human Rights, is among the kingdom’s most prominent political detainees. The human rights defender was sentenced to five years in prison in February 2018 for speaking up against torture in Jaw prison and for lambasting Saudi Arabia’s role in the Yemen conflict in his Twitter feed. He has been in jail since June 2016 serving a separate two-year sentence for airing similarly critical views.

Yazbek agrees that the king was likely spurred less by a sudden burst of magnanimity than pragmatism. “They have thousands in prison and oil prices are declining.”