Women’s rights groups are calling for urgent action to protect victims of domestic violence in Turkey, where coronavirus restrictions leave vulnerable women trapped with their abusers. 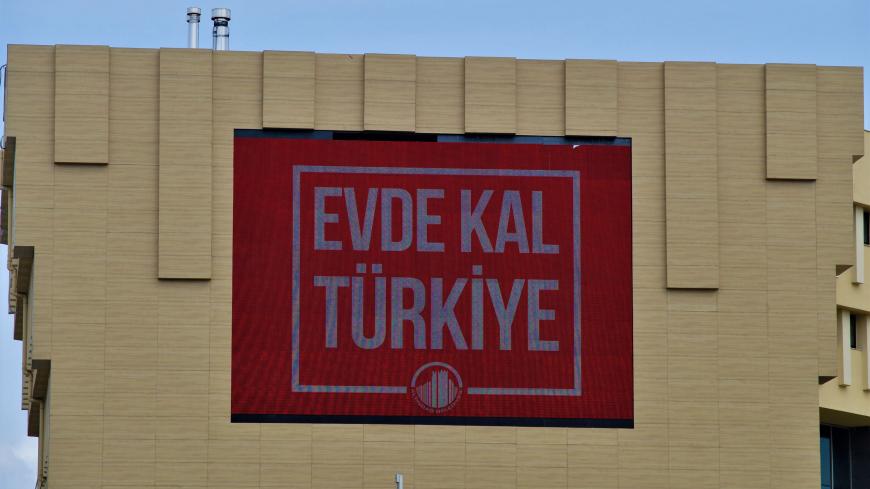 The “stay home, stay safe” mantra against the coronavirus is having dreadful — and even deadly — consequences for women in Turkey, where, activists warn, measures to contain the outbreak are exacerbating the rampant problem of femicide and domestic violence in the country.

Women’s rights groups are urging the government to review and enhance measures to protect victims of domestic violence as they remain trapped with their abusers, often deprived of any help from authorities paralyzed by the pandemic.

At least 18 women have been killed across Turkey, 12 of them at home, since March 11, when Ankara confirmed its first COVID-19 case, according to the We Will Stop Femicide Platform, a civic group dedicated to fighting violence against women. The killers included spouses, partners, ex-husbands and ex-partners as well as male relatives of the victims, the platform’s tally shows.

“Women are being told to stay home, but homes are the most dangerous places for [some of] them,” Gulsum Kav, a spokesperson for the platform, told Al-Monitor.

About 470 women were killed in Turkey last year, at least half of them by husbands, partners, exes and male relatives, the platform says.

Emergency hotlines for domestic violence victims have seen a surge in calls amid the outbreak. Most callers complain of physical abuse, Canan Gullu, head of the Turkish Federation of Women's Associations, told Al-Monitor, adding that psychological abuse was the second most prevalent complaint.

The Turkish authorities have yet to take any additional measures to protect battered women during the pandemic. The existing mechanisms of support appear to be largely disrupted as many public bodies are now understaffed, providing only limited services, or overwhelmed with outbreak emergencies.

The government runs walk-in counseling centers for victims of domestic violence, available in eight big cities, as well as nationwide “social support” hotlines. Filiz Kerestecioglu, a lawmaker for the pro-Kurdish Peoples’ Democratic Party, has sought to personally test how functional those services are amid the outbreak. According to her findings, in-person counseling has effectively stopped, while call centers are failing to offer adequate solutions to callers because many public institutions have minimized their services.

The police’s emergency line, 155, meanwhile, is overwhelmed with outbreak emergencies, and many women fail to get through to a responder or receive adequate assistance, activists say.

Lawyer Tuba Torun recounted a personal experience. “A close acquaintance of mine and her mother were recently attacked by her father with a knife. Had she not been versed in self-defense [techniques], they would have been probably wounded,” Torun told Al-Monitor. “They failed to reach the emergency line and had to rush to the police station themselves.”

The enforcement of restraining orders for abusive men has also become a problem, Torun noted, as measures to contain the contagion have slowed the judicial system and only a limited number of courts remain open.

Furthermore, taking refuge in women’s shelters has become an uphill task for those who fear for their lives, according to Gullu. “The women are required to present negative COVID-19 tests to be accepted in the shelters. They have to go to hospitals and wait for an appointment day,” she said.

For women left without any form of state protection, the last option perhaps is to abandon their homes and try to make it on their own. But at a time when the economy is sputtering under the impact of the pandemic, financial independence is a tall order for many in a country where female employment is already notoriously low.

Women’s participation in the workforce stands at 29%, and more than 40% of working women are unregistered workers who earn daily wages in jobs such as child care or housekeeping, economist Ozlem Albayrak told Al-Monitor. “Such jobs have become largely undoable due to social distancing measures against the coronavirus," she said. "This means serious financial losses for those women. Moreover, they will be unable to benefit from the very limited [assistance] measures the government has proposed … since they are unregistered workers.”

As a result, Albayrak said, financial woes will make it impossible for many women to move away from abusive men, while social distancing measures will hamper their access to institutional support. “The unemployment rate among women [in Turkey] has always been higher than the average one. We can expect that it will increase further now and that women will find it even harder to find jobs once the crisis is over,” she added.

Surging domestic violence has become a worldwide problem amid pandemic lockdowns, prompting the United Nations to call for action.

According to Ceren Ergenc, a political scientist specializing in China, Turkish activists and the public in general can learn from the Chinese experience on how to support victims of domestic violence. “When the [Chinese] state failed to fulfill its duties on [preventing] violence against women during the outbreak, activists launched a campaign on social media," she said. "They produced guidelines on what victims of domestic violence could do.”

The Chinese example shows that civic groups and support networks could play an important role in “encouraging victims to seek help,” she added.

Turkey’s women rights groups are now pressing for urgent measures as the authorities, busy with enforcing self-isolation to stop the spread of the virus, have remained largely oblivious to what is happening behind closed doors.

The Turkish Federation of Women's Associations, for example, has proposed a set of measures, including the designation of a hospital in each province for victims of domestic abuse, a ramped-up public awareness campaign and the reactivation of hotlines.

Kav’s organization has come up with the idea of an online portal where women can file confidential complaints against their abusers and called on municipalities to open out-of-use facilities to shelter victims of domestic violence.

Torun, for her part, highlights the importance of self-preparedness. She advises women to decide their emergency contacts in advance, keep an emergency bag at the ready and leave the home as soon as violence erupts.